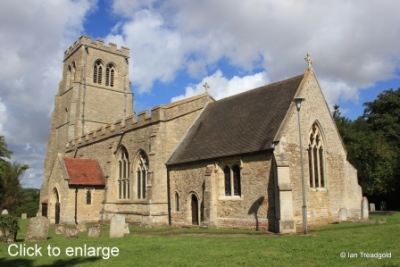 The church of St Dunstan in Bolnhurst is isolated from the village it serves being situated about a mile to the south-west of the village on the south side of the Thurleigh Road. Parking is limited but available to the side of the road about 100 yards east of the church.

The church consists of a nave and chancel with a west tower and south porch. There is a vestry on the north side of the chancel. The total length of the nave and chancel is 75 feet with the chancel being 18 feet wide and the nave 21 feet. The tower is around 13 feet square and 60 feet tall. 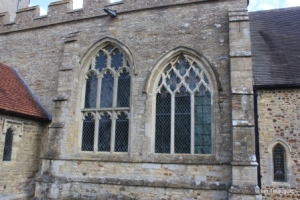 Both the north and south sides of the nave have an embattled parapet. 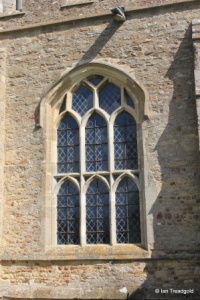 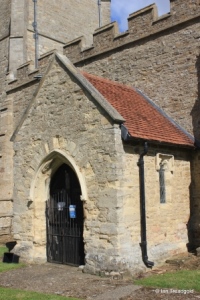 The porch is of C15 with two single cinquefoiled lights to the east and west.

The embattled west tower is built in four stages and is of the C15 with diagonal buttresses to the west. The eastern buttresses disappear into the structure of the nave. It has an internal stair in the south west corner. The top stage has pairs of windows on each side of two cinquefoiled lights with quatrefoils in the heads. The tower originally had a lead spire which was removed in 1806. 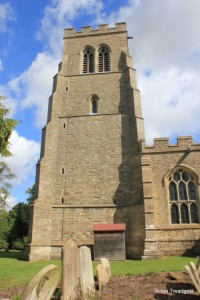 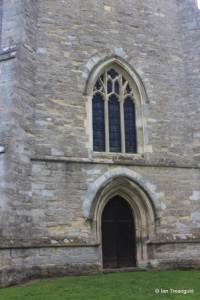 The west doorway has a restored window above with three cinquefoiled lights with tracery in C15 style.

The north wall has two main windows of similar scale to those on the south again surrounding a doorway. These have three cinquefoiled lights with transoms. The eastern most of these two three light windows has an upper embattled transom, the other doesn't. Between these two windows is a now blocked north doorway. Completing the north wall is a two light cinquefoiled window with a quatrefoil in the head. 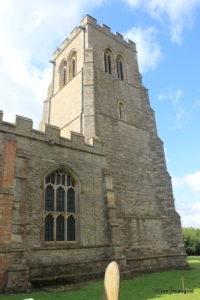 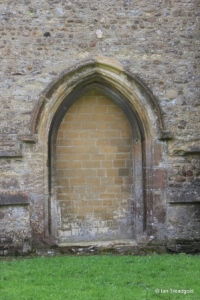 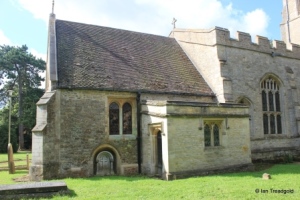 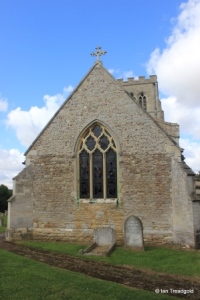 The east window dates from the 1850's with three trefoiled lights with net tracery above. 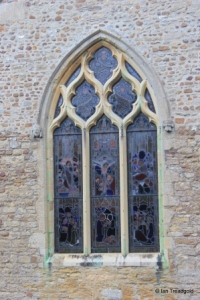 On the south side of the chancel is a window to match that on the north along with a priest's door and a small window to the west. 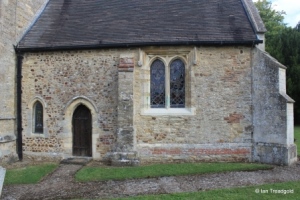 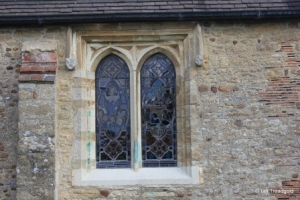 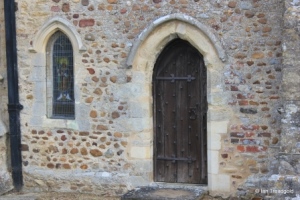