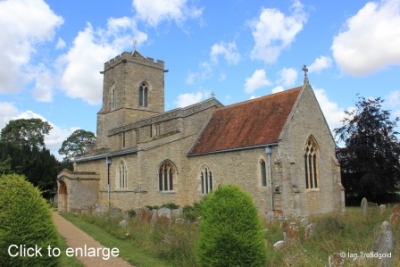 The church of St Mary the Virgin, Carlton is situated about 0.5 miles south west of the village of Carlton on the north side of the Turvey Road. Parking is on the grass verge near the church.

The layout of the church is of a fairly standard form with a nave, chancel, north and south aisles and a west tower with a south porch. The chancel is around 28 feet by 15 and the nave is around 35 feet by 21 feet. The two aisles are around 7 feet wide for the north and 9 feet for the south. The tower Is around 12 feet square and around 70 feet tall. 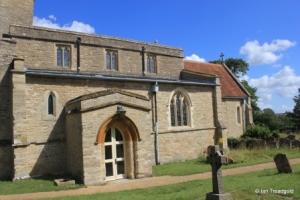 The south aisle of the church has two three trefoiled lights windows, one to the east and one in the main south wall. It is likely that the window at the east of the aisle came from the south chapel which was demolished in the C16. The clerestory above has three two trefoiled lights under a square head on both north and south sides. 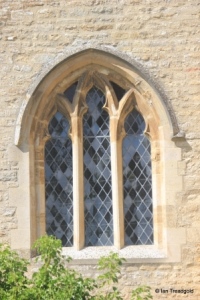 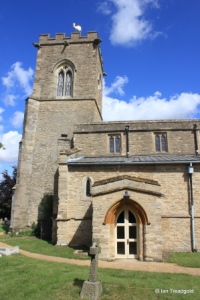 The porch was rebuilt in the middle 1800's and there are signs in the masonry of the previous incarnation of the porch with a much more sharply pointed roof. To the left of it is a single lancet window.

The west end of the aisle and nave shows the remains of an earlier room long demolished with a chimney leading from a first floor fireplace. 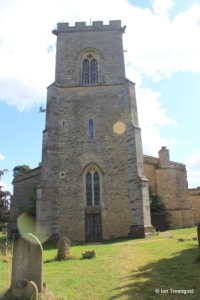 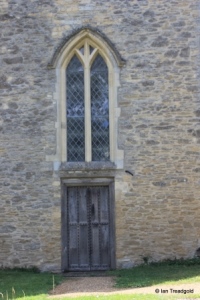 The tower is in two stages, the upper portion being added in C15. The tower has an embattled parapet with diagonal buttresses stopping before the upper storey.

The west door is a plain square-headed doorway with a two-light window above. Higher still is a single lancet and then there is a window of two cinquefoiled lights with a quatrefoil in the head. This top window appears on all sides of the tower.

The stair in the tower is in the north-west corner and is lit by two small windows. 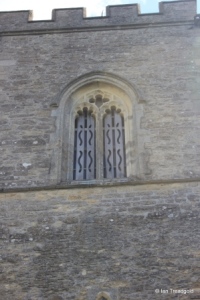 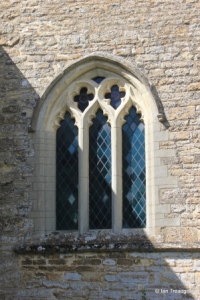 The north wall has a single three light cinquefoiled window with quatrefoiled tracery in the head. This is similar to a window in the east end of the aisle. The north wall also holds a C14 doorway. 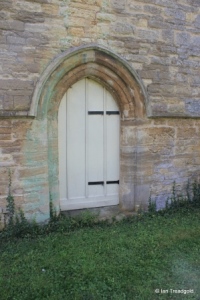 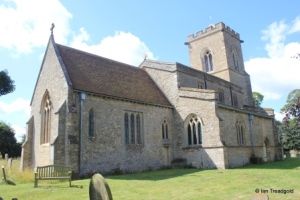 The north side of the chancel has three windows, the western most being a small window of two lights under a pointed head above a small square headed doorway. 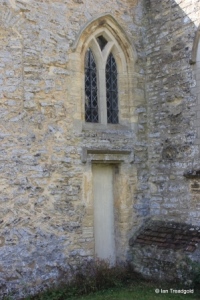 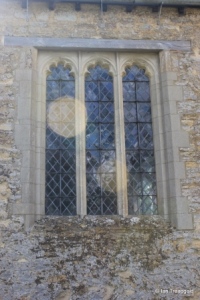 The middle window is a square headed window of three cinquefoiled lights with a wooden lintel. The eastern most window is a narrow C14 ogee headed light with trefoil tracery. On this wall are the remains of a now blocked small window between the western windows. 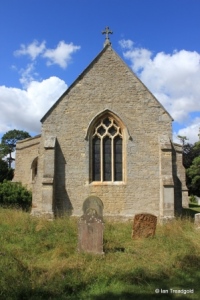 The east window is of three trefoiled lights under modern quatrefoiled tracery. 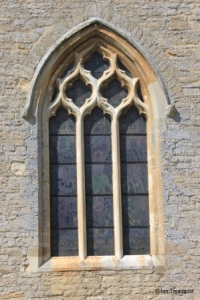 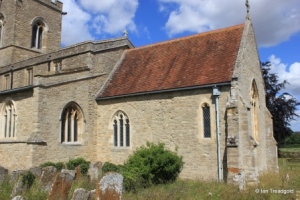 The south wall of the chancel shows the remains of the demolished chapel and blocked arch with, presumably, one of the chapel windows embedded in the blocking. This window is of similar style to that in the east end of the south aisle. The south side of the chancel also has a single narrow light to match that on the north side. Clearly visible on the south side is where the chancel was extended eastwards. 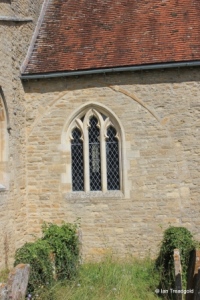 There are gable crosses on the east ends of both the chancel and nave. 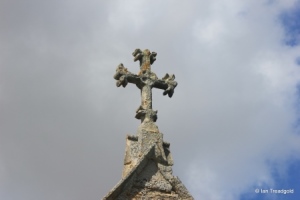 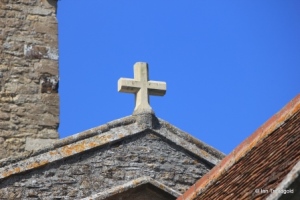