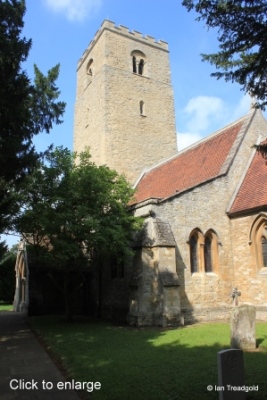 The church of St Thomas of Canterbury in Clapham is situated off Green Lane to the east of Clapham, north of the main road through the village. Parking is available on the driveway from Green Lane to the church.

With the exception of the imposing west tower this church was extensively rebuilt in 1861 and consists of a chancel, nave, aisles and a south porch along with the tower. The chancel is around 23 feet by 12 with the nave adding 33 feet whilst remaining roughly the same width as the chancel. The aisles add about 10 feet on both sides. The tower is around 16 feet square and 81 feet high. 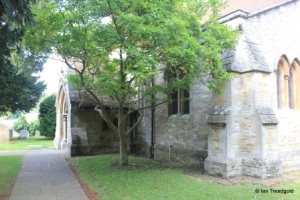 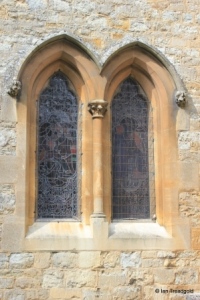 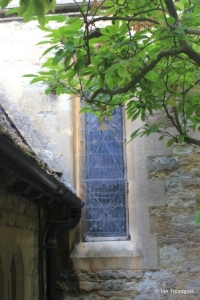 The other two windows of the south aisle around the porch are single lancet windows.

The window to the east of the porch is related in style to the other windows in the aisle whilst that to the west is in the aisle but the wall is recessed behind the porch.

The window is a simple round-headed lancet. 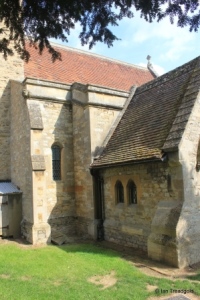 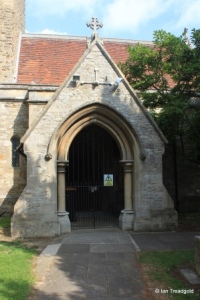 The south doorway is in a two-centred arch with a dripstone hood above.

The tower is the most original part of the church dating from around 1060-70.

Apparently built in a single continuous style it has four stages and is unusually slightly wider than the nave to which it is joined. 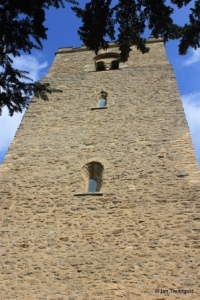 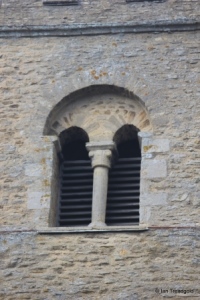 The tower has no windows in the lower stage and two Norman style single lancets on the south, west and north side with a single lancet to the east in each of the second and third stages.

The fourth stage has belfry openings of two joined lights under a Norman arch.

The west doorway is a later addition with its flattened arch not being in the same style as the other openings in the tower. 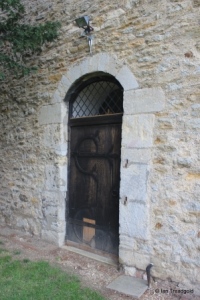 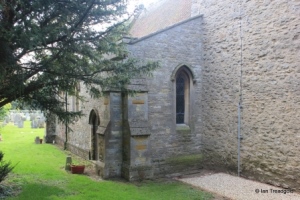 The north aisle has a single lancet window to the west. 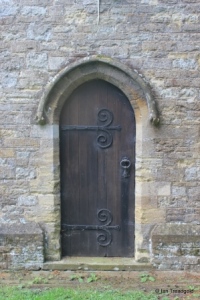 The north door is under a pointed arch with dripstone moulding above.

The other two windows on the north side of the aisle are similar to those on the south - two joined trefoiled lancets. 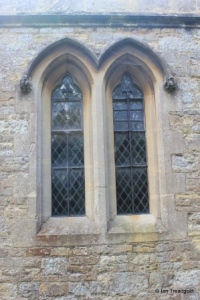 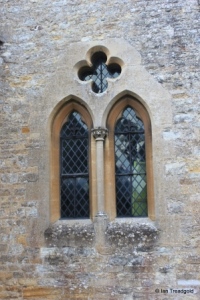 The window at the east end of the aisle is also of two joined trefoiled lights but with central mullion replaced with a colonnade.

This window is unusually not recessed within an arch but has a quatrefoil design in the masonry above.

The chancel has two windows to the north and south, each of two uncusped lancets unified under a pointed arch with a quatrefoil design in the head. 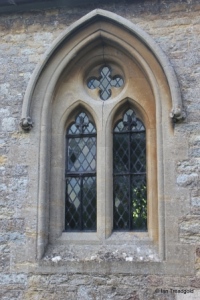 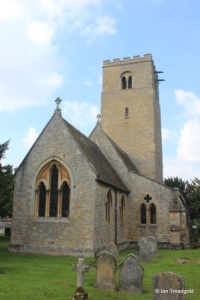 The east window takes the theme of the chancel windows further and consists of three stepped trefoiled lights under a common hoodmould. 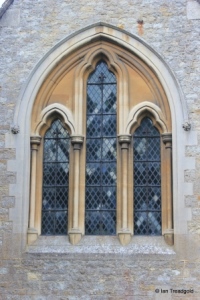