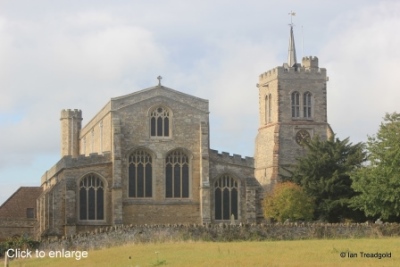 The Abbey church of St Mary and St Helena in Elstow is built of the remains of a C12 abbey and is situated to the south-east of the old part of the village. It is accessed from the High Street into Church End and parking is available to the west of the church.

Elstow Abbey was begun in the early C12 and originally dedicated to St Mary and the Holy Trinity. In the late C13, a chapel was built in the grounds dedicated to St Helena, mother of the first Christian Roman Emperor, Constantine the Great. In the reformation of the 1500’s the Abbey was suppressed and the church that remains was built from the part of the nave. The original Abbey extending much further east with a crossing and transepts leading into a chancel, all now lost.

The church consists of a nave and chancel of the same width around 21 feet and in total length about 90 feet. The two aisles are around 10 feet wide and run the length of the church. The tower is detached, only two such towers exist in Bedfordshire with the other being Marston Moretaine. It is around 16 feet by 13 feet and about 66 feet high. 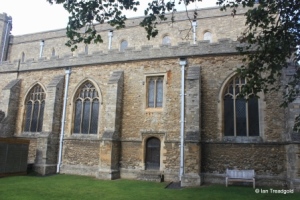 The south side of the church has three main windows.

The eastern and western are of the same style being of three cinquefoiled lights under perpendicular tracery in a trefoil design.

The middle of the three windows is similar but the tracery in the head is of a multifoil design. All three are under two-centred arches. 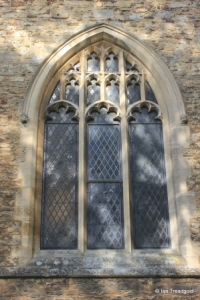 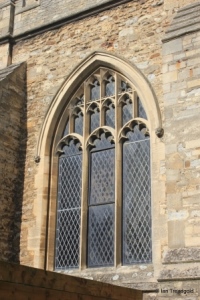 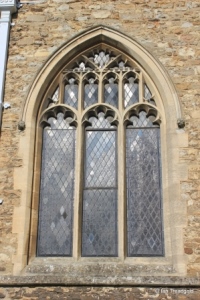 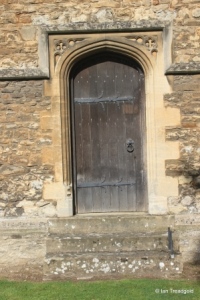 Between the windows is a priest’s door under a four centred arch with quatrefoil designs in the spandrels.

Above this is a window of two trefoiled lights under a square head. 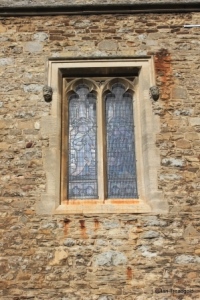 Above the aisle, the clerestory has six windows on each side. The three eastern windows are all round arched single light windows whilst the three to the west are single lancets under pointed arches.

At the western end of the south aisle is an octagonal stair turret rising above the clerestory. The aisles and turret are all embattled whilst the clerestory itself is not. 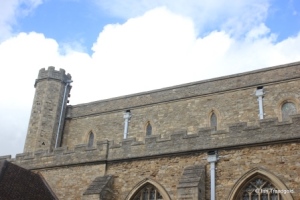 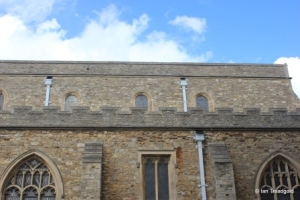 The main west doorway is in a richly moulded two-centred arch. The oak carving above the door is a replica of the Abbey's seal and depicts the two patron saints of the Abbey. Saint Mary is shown carrying the baby Jesus and Saint Helenaa with a cross.

Above the west door, the west window is of four three-centred uncusped lights under a square head. 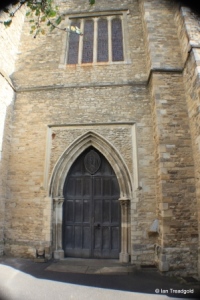 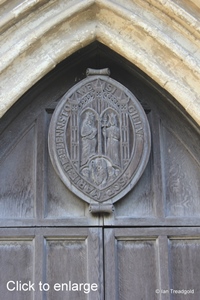 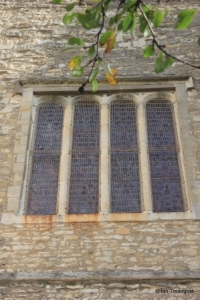 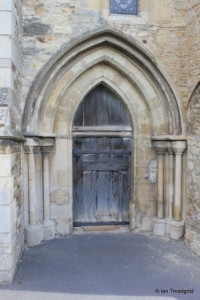 At the west end of the north aisle the smaller and now blocked door is reputed to be the inspiration for John Bunyan's Wicket Gate in The Pilgrim's Progress through which Christians would pass for deliverance. Bunyan was born in Elstow in 1628.

Above and offset to the door is a single lancet window under a pointed arch. 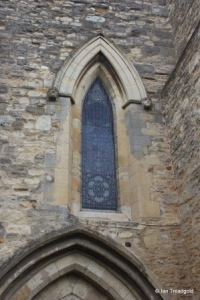 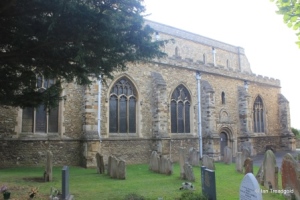 The north aisle has four windows, three to the east of the north door and one to the west.

All are of three cinquefoiled lights under two-centred arches with perpendicular tracery above. 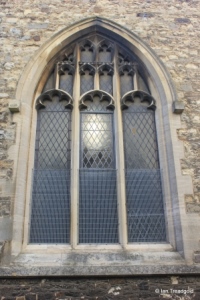 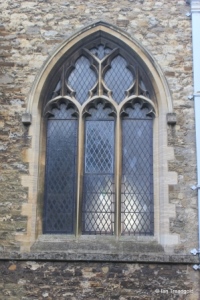 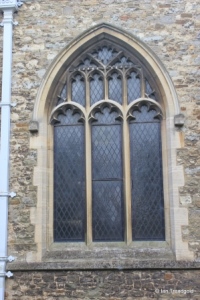 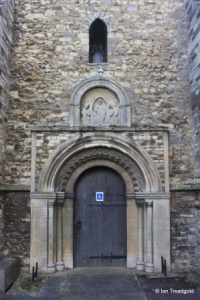 The north doorway is a modern copy of a C12 design.

It has a semi-circular arch with twin shafts and scalloped capitals in each jamb.

The arch is decorated with a zigzag design.

The tympanum above is of C12 and depicts our Lord between Saints Peter and John. Above is a deeply recessed single trefoiled light. 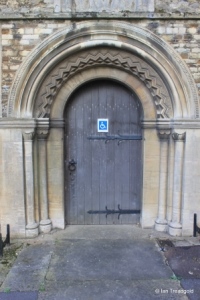 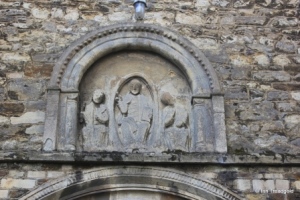 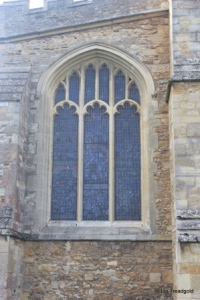 The east windows of the north and south aisles are identical, being of three cinquefoiled lights with perpendicular tracery above under four-centred arches. 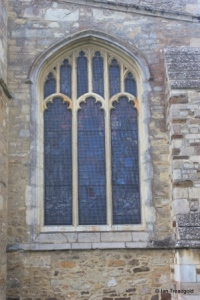 The east end of the church was built after the dissolution of the Abbey and has been restored since.

It unusually contains three east windows all under four-centred arches.

The lower pair are of three cinquefoiled lights with perpendicular tracery above.

The high window is also of three lights, again cinquefoiled but the central light is under an ogee arch.

The tracery above is also perpendicular and contains quatrefoils and an eight-lobed multifoil in the head. 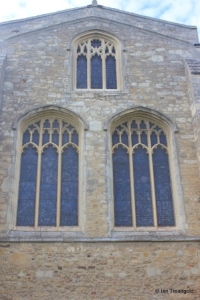 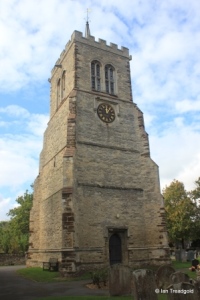 The tower is free-standing and dates from C14 and is to the north-west of the church. The clock face, on the east side is under a square head with foliage in the spandrels.

It is of four stages with diagonal buttresses and an embattled parapet dated to 1888. There is an internal stair turret in the northwest corner buttress.

Each face of the belfry level has two conjoined two light uncusped openings with transoms. There is a small uncusped two-light window on the north side in a square frame. 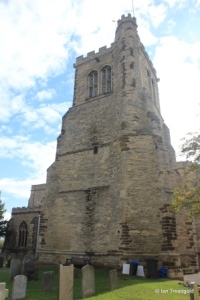 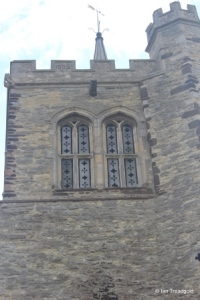 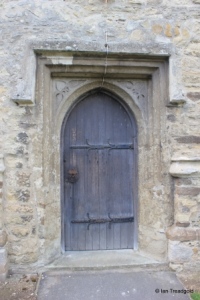 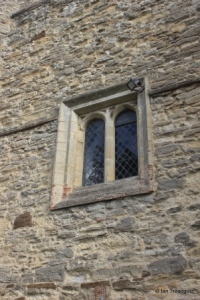