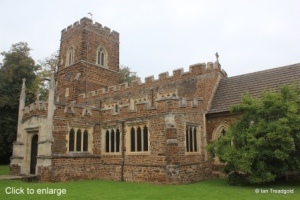 The church consists of a nave, chancel, two aisles with a chapel to the north, a west tower and south porch. The chancel is around 30 feet in length by 17 feet. The nave and aisles are around 100 feet long by some 43 feet wide with the tower adding around 12 feet square and 60 feet in height. The building is of Bedfordshire Ironstone and was restored in around 1864 by Gilbert Scott. 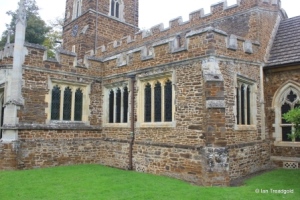 The south aisle has windows at the east end and three along the south side, two to the east of the porch and one to the west.

Each of these is of three cinquefoiled lights under square heads. 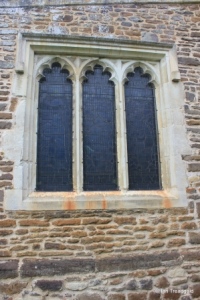 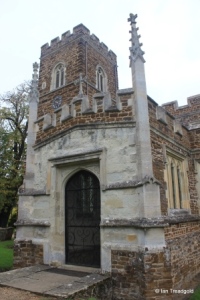 The external doorway is four centred under a square head with the spandrels having foliage carvings.

The diagonal buttresses on the south side of the porch are topped with quite tall pinnacles. 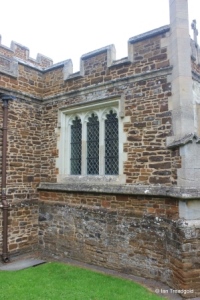 The clerestory level has four windows each side in the same style as those in the aisles and the church is crenelated throughout with the exception of the chancel and north chapel. 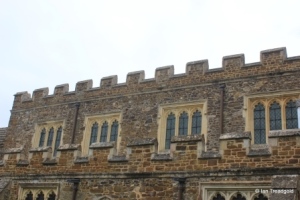 The tower is of three stages with an internal stair in the south-west corner. There is a clock face to the south and the belfry openings are two cinque-foiled lights with quatrefoil tracery under a two-centred arch.

The west doorway is under a pointed arch with a relieving arch above. The west window is similar to the belfry openings above. 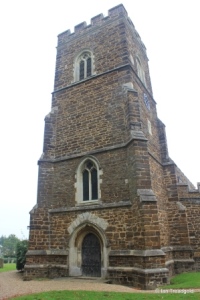 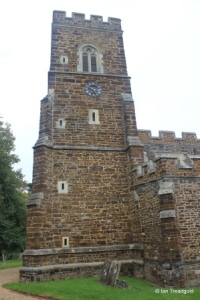 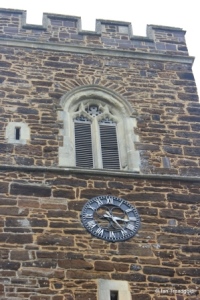 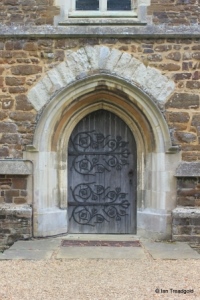 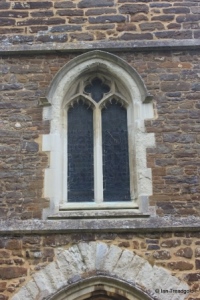 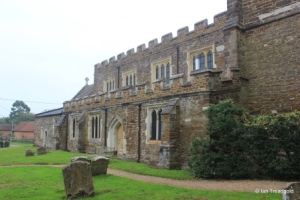 The north aisle has three windows of a similar style to most of the windows in the church and has a blocked north doorway under a four-centred arch. 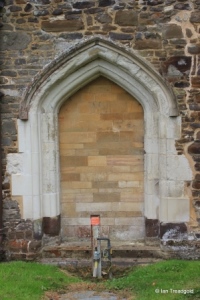 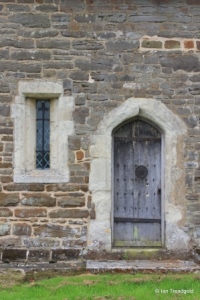 The north chapel adjoins the chancel and has another of the standard windows for the church along with a small priest's door under a four-centred arch.

The chapel is partly used as a vestry and has single light windows to the north and east. 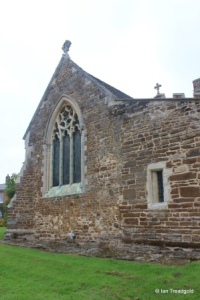 The east window of the church is of modern design and has three trefoiled lights with geometric tracery under a pointed head.

The mullions in the windows form colonettes and there are detailed corbel carvings. 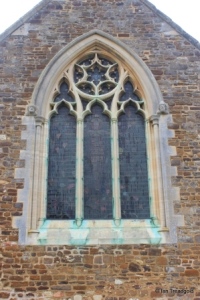 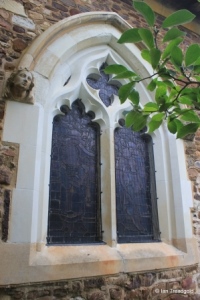 There are three chancel windows on the south side, the eastern most pair are the most modern with all three being of two cinquefoiled lights with quatrefoil tracery under pointed heads with corbels.

The western window is interesting in that whilst it is overall of the same design, there is a transom that separates the window to form a low-level window with the upper part being slightly shorter than the other two windows. 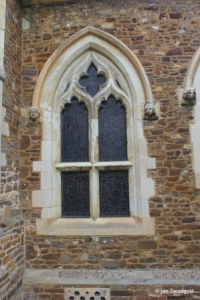