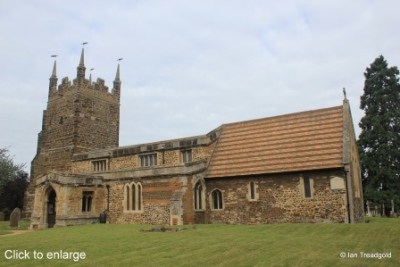 The church of St Mary the Virgin in Everton is situated to the north of the village off Church End. Parking is available in Church End

The church consists of a nave and chancel, two aisles, a south porch and a west tower that is now truncated following a lightning strike in 1974. 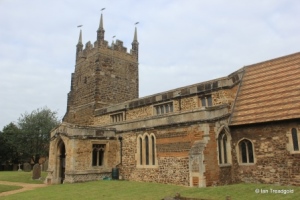 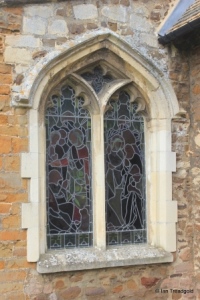 The east window of the south aisle dates from C15 although restored and is of two cinquefoiled lights under a four-centred arch with a flattened quatrefoil in the head.

The glass is modern depicting Christ and some of the apostles including St Peter. 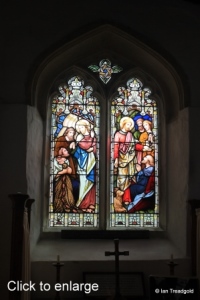 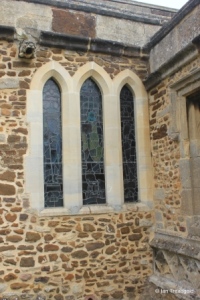 There are two south facing windows in the south aisle, both of three joined lancets in modern masonry.

The western window has glass depicting Christ in the centre, St Andrew and St James the Major or Great and was dedicated in 1964 to the memory Thomas Shaw, Vicar of the church. 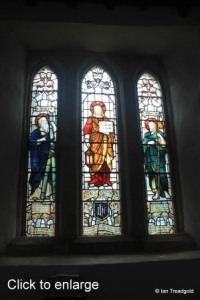 Between these two windows is the south porch dating from the late C15. It has unglazed windows to the east and west of two trefoiled lights under square heads. The porch has a low frieze of a quatrefoil design and two small statue niches on the south face. The south doorway itself is Norman dating from around 1160. 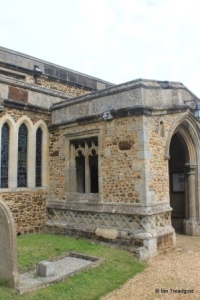 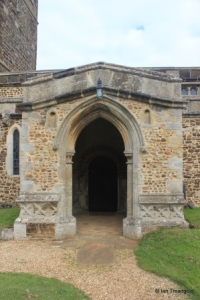 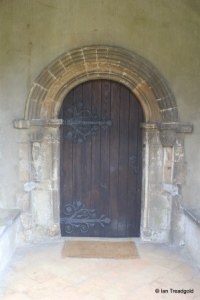 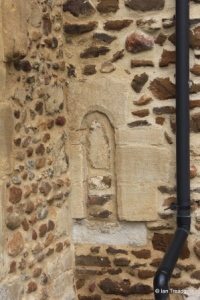 In the south-east angle of the porch and the aisle is a small blocked single round arched window dating from before the porch was built.

The west end of the aisle has been rebuilt and houses a small C12 window reset of a similar style to the blocked window in the porch angle. 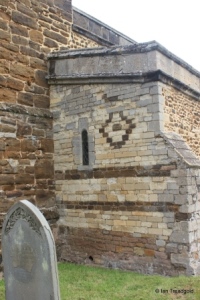 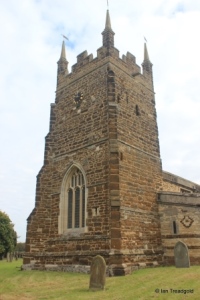 The tower is now of two high stages with a modern parapet and corner pinnacles topped with weather vanes.

Originally the C14 tower had another stage above but this was destroyed in a lightning strike in 1974 when it collapsed.

There is an internal stair turret in the south-west corner.

The west window is modern with three trefoiled lights and perpendicular tracery above in a two-centred arch. 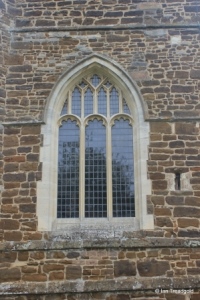 The north aisle dates from later than much of the church with quite a high pitched tiled roof leading to three small clerestory quatrefoil windows.

The clerestory on the south has three cinquefoiled windows under square heads.

Two are of four lights and the eastern has two lights. 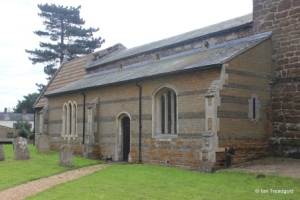 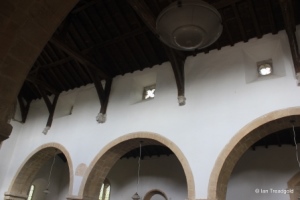 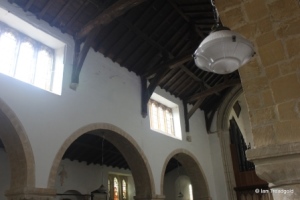 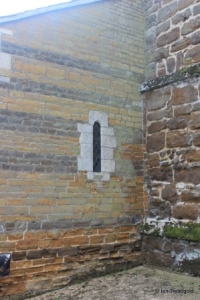 The west window of the north aisle is similar to that in the south aisle, again repositioned and is a single round arched window. 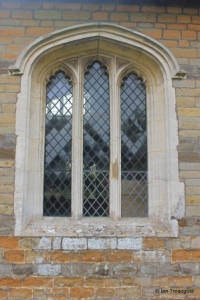 The north aisle has two windows.

The western window is of three cinquefoiled lights under a four-centred arch.

Between the two windows is the north door under a plain four-centred arch. 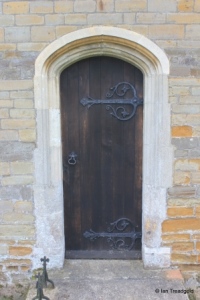 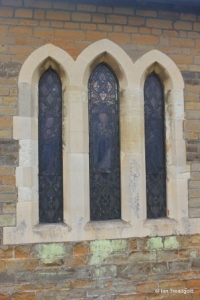 The eastern window is similar to that on the south aisle and is of three joined lancets in modern masonry.

The glass depicts Christ with the lamb of God and two of the apostles. 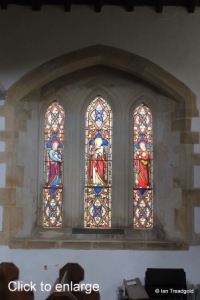 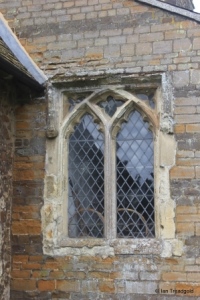 The east window of the north aisle is similar to its equivalent on the south aisle being of two cinquefoiled lights with a depressed quatrefoil in the tracery.

This window however is unrestored and has been reset under a square head with trefoil tracery in the spandrels.

Presumably it was reset in this way when the aisle masonry was restored. 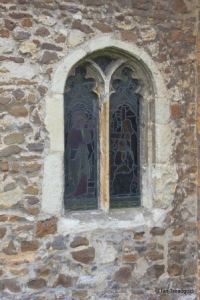 The north side of the chancel has a window to the west of two cinquefoiled lights under a four centred arch.

The glass depicts Christ, Mary and Martha with the inscription from John 11:23 "Jesus saith unto her thy brother shall rise again". 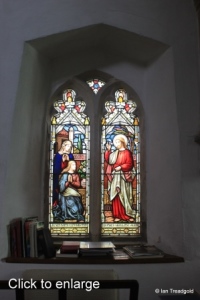 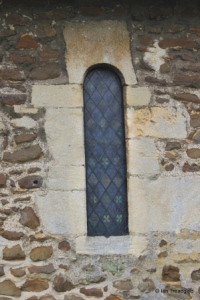 Towards the east end of the chancel are a pair of plain round-headed lights from the early C12.

From the outside they are quite small and relatively insignificant although notable for the head of the arch being fashioned from a single block of masonry.

On the inside however the window reveals open widely to allow as much light into the chancel as possible.

This is common in windows of this period as the skills to build larger windows were still being developed. 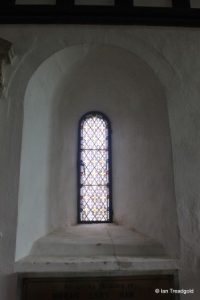 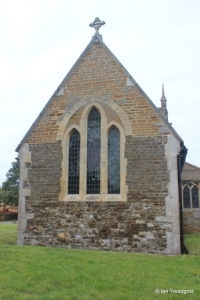 The east window is modern and of three conjoined lancets of differing heights under a two-centred arch.

The entire upper portion of the east end from the springing line of the arch has been rebuilt in modern times. 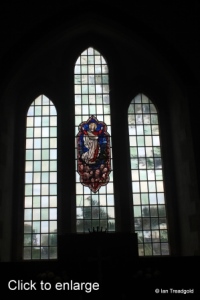 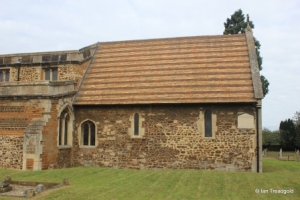 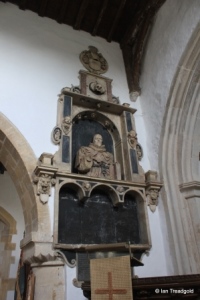 In the nave by the chancel arch and above the pulpit is an impressive alabaster and coloured marble monument to Sir Humphrey Winch (1555-1625). Sir Humphrey was a respected judge in the reign of James I rising to the title of Lord Chief Justice of Ireland.