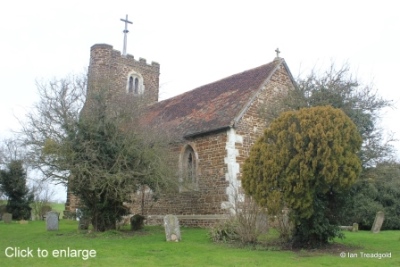 The church of St Mary in Lower Gravenhurst is no longer in use as a parish church and is in the care of The Churches Conservation Trust. The church is situated to the south of the larger Upper Gravenhurst. Parking is difficult on the narrow road past the church.

St Mary’s is a simple church consisting of an aisleless nave and chancel with a tower to the west. The total length of nave and chancel is around 50 feet long and 20 feet wide. The tower is about 9 feet by 11 and around 40 feet high.

Built by Sir Robert de Bilhemore, the church dates from C14 and was little altered until the removal of the south porch in the early C19 and subsequent restoration work in the 1930’s. The church was declared redundant in 1972 and since 1974 has been in the care of the Churches Conservation Trust. The church is built from ironstone rubble with ashlar dressings and a tile roof.

The south side has two windows, both to the east of the south door. 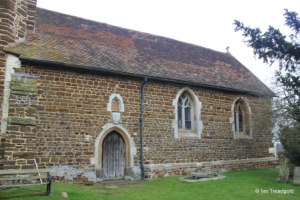 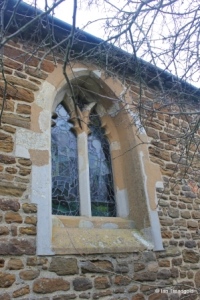 The easternmost is of two cinquefoiled lights coincident with the pointed arch.

The stained glass depicts the Archangels Michael and Gabriel. 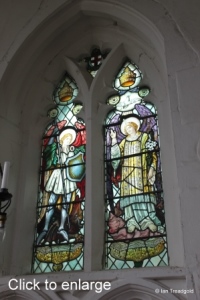 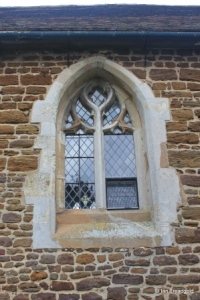 The westernmost window of the south side is also of two lights with depressed trefoil tracery and flowing tracery in the head dating from c1330-40. 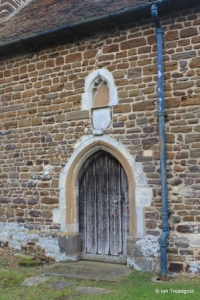 The south porch was removed in the early C19 leaving the door exposed under a two-centred arch.

Above is a statue niche under a cinquefoil arch with the remains of a stone shield below which held Sir Robert de Bilhemore’s arms at least until the 1830’s.

The niche presumably held a statue of the patron of the church, St Mary.

The doorway dates from C14 and the door itself may be medieval in origin. 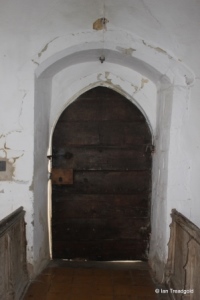 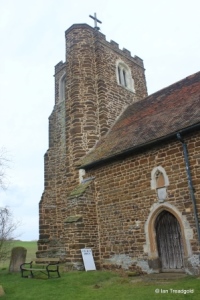 The tower is embattled and in three stages with diagonal buttresses to the west.

There is an octagonal stair turret to the south-east corner.

The roof of the tower has a tiled pyramidal roof crowned by a lead covered shaft.

The belfry lights are two-light openings with that to the east retaining its original cinquefoil cusping, the others have been restored. 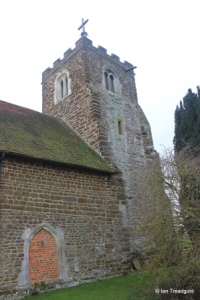 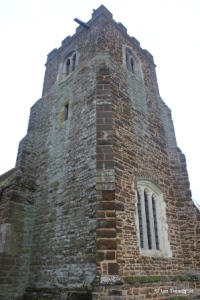 The west window is of three restored cinquefoil lights under a Tudor arch. 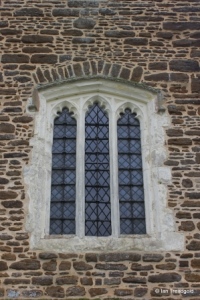 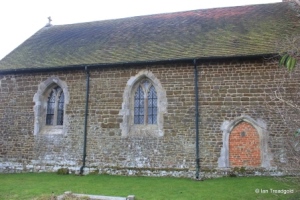 The north side mirrors that of the south although the north doorway has been blocked in relatively recent times with incongruous brickwork although the archway dates from C14. 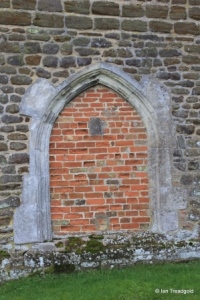 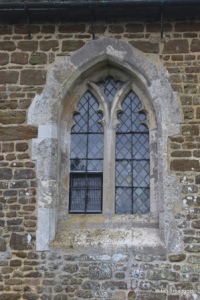 The two north side windows are similar to each other and that on the south side of the chancel consisting of two-light windows under elongated cinquefoiled tracery with a quatrefoil design in the head.

The western window on the north side has a fragment of medieval glass in the quatrefoil depicting Christ. 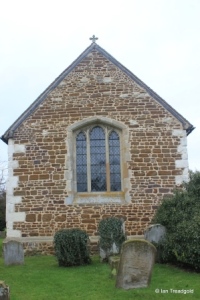 The east window is of three lights under cinquefoiled tracery below a depressed two centred arch.

There is no stained glass in this window. 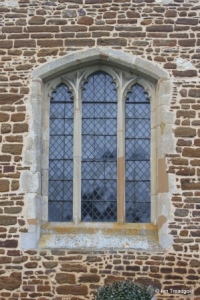 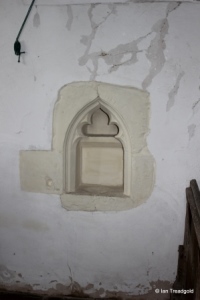 In the south wall of the nave is a piscina dating from C14 which implies there was an altar near this point in earlier times.

The pulpit dates from C17 and has a tester or sounding board above. 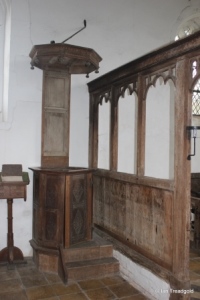 The C15 screen has three trefoiled arches to each side with an ogee headed opening over the middle. 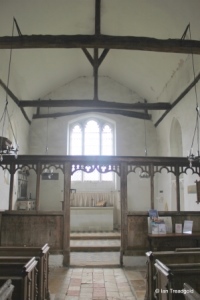 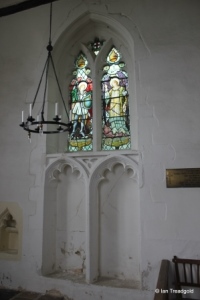 In the chancel there are two sedilia under the south window with a piscina to the side.

The height of the piscina from the ground implies that the floor of the sanctuary has been raised since it was originally installed (or priests were shorter in times past!). 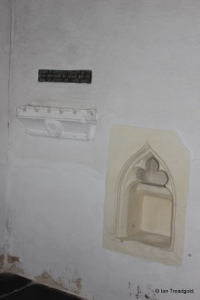 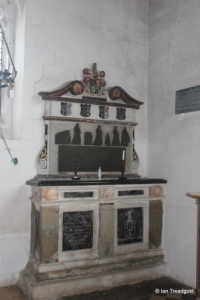 On the north side of the chancel is a monument to Benjamin Pigott who died in 1606 and his three wives, Mary, Anne and Bridget.

The inscriptions and brasses on the monument describe and portray the Pigott family – a total of five sons and nine daughters. 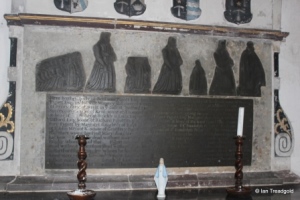 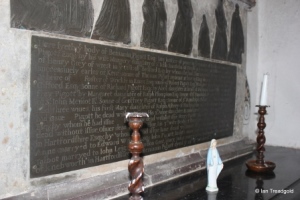 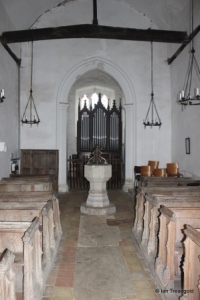 The small organ now resides under the tower and the octagonal font is sited centrally in the nave to the west of the entrance. 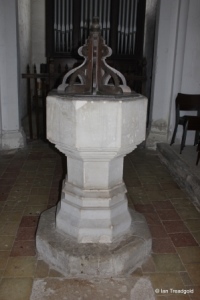