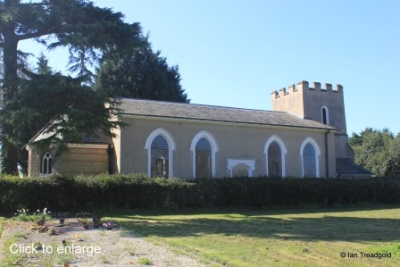 The church of St Leonard is situated to the south of Heath & Reach to the west of the main road between Heath & Reach and Leighton Buzzard. Parking by the church is difficult as it is on a main road and parking is probably best in the church hall car park slightly to the north of the church.

Reference: A Guide to the Church, leaflet available from the church.

The church is very simple in design with a nave, apsidal chancel and west tower with a south porch and vestry attached to the north side of the tower. The building itself is much enclosed by hedges making it difficult to view properly with the best views being from the north.

Originally built as a private chapel, it was then incorporated into the parish of Leighton Buzzard finally becoming a parish in its own right in the early C19. Originally a C16 building of chancel, nave and tower, rebuilding work in the early C19 left just the tower as original and rebuilt the rest of the church. The apse and chancel was added in 1866. 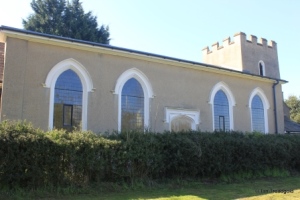 The nave has four windows on both the north and south sides with two either side of the porch and north doorway respectively.

These windows are all simple modern openings under pointed arches. 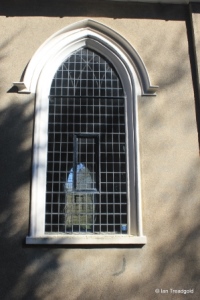 The south porch is, like the apse, of unplastered brick with courses highlighted in a different colour.

On the west wall of the porch is a window of two joined lancets with glass depicting a shepherd with his flock in memory of the vicar from 1966-1986, Revd Wilfred Barrow. 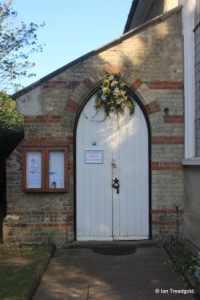 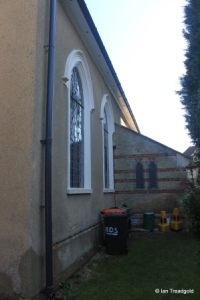 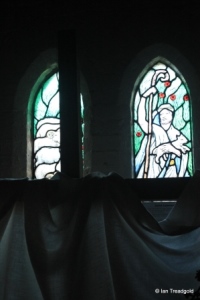 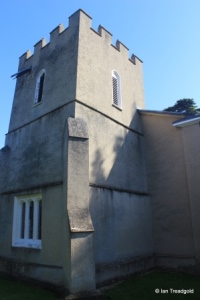 The west window is of three recessed uncusped lights under a square head. 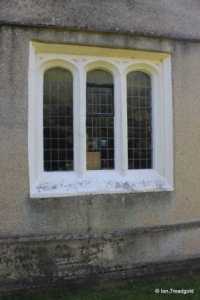 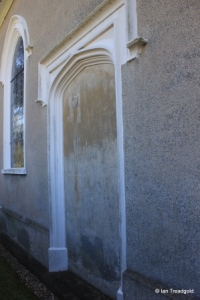 The north doorway was blocked in 1878 when the south porch was added.

The chancel and apse forms a half octagon shape with the external brickwork having courses picked out in red brick.

The same brickwork provides detailing to the arches of the simple two light windows with roundels above under pointed arches. 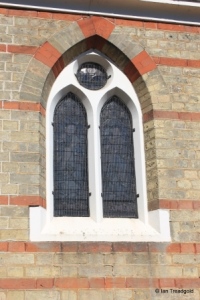 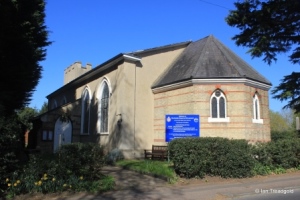 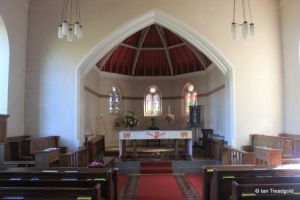 The glass in the three windows in the apse dates from 1866-7. The north-east window depicts St Matthew and St Mark. The east depicts St Leonard and St Peter whilst the window to the south-east shows St Luke and St John. 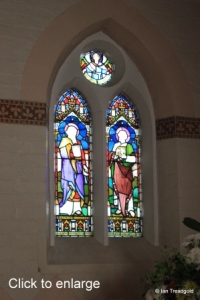 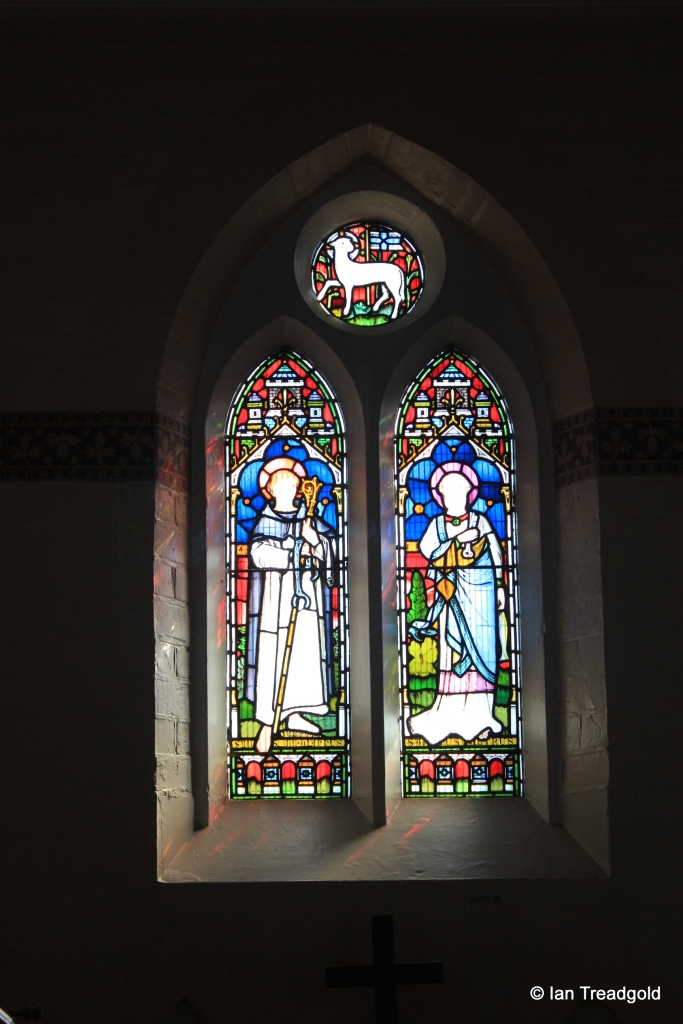 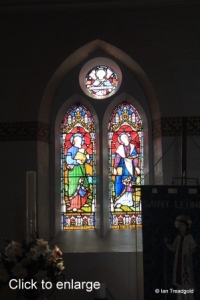 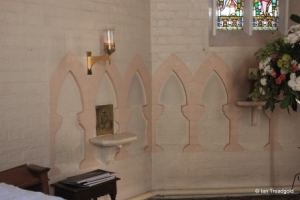 The apse also contains an aumbry on the north side of the apse, a recessed cupboard to hold sacred vessels.

The font dates from 1866 which was erected in memory of the Perpetual Curate, the Revd Martin Benson.

Perpetual Curates were created during C19 in many parishes that were former chapels. They were supported by cash stipend from an endowment fund rather than by ancient right to tithe or glebe. 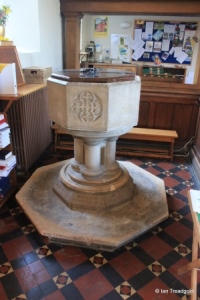