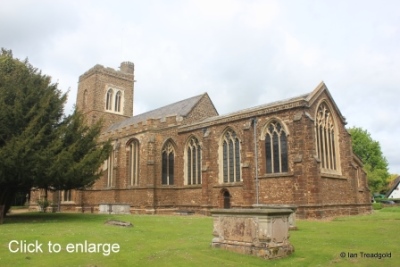 The church of St Mary the Virgin in Northill is situated in the middle of the village with parking available on the roads around the church.

The church consists of a nave, chancel, north and south aisles, west tower, two storey south porch and a vestry on the north side of the chancel. The nave is around 64 feet by 17 with aisles each 9 feet wide. The chancel adds around 42 feet by 20 and the tower is around 14 feet square and 72 feet in height.

Started in around 1330, the nave is the oldest part of the church with the chancel and original vestry being added some thirty years later. The tower was raised to its full height in C15 along with the second storey of the porch. The current vestry dates from C19. 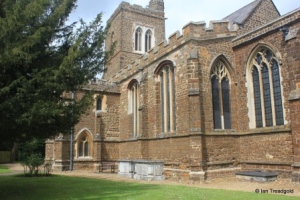 The south aisle has east and west windows, two windows to the east of the porch and a third to the west. 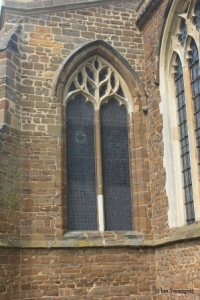 The east window of the south aisle is hard against the angle formed with the chancel and is of two wide trefoiled lights with curvilinear tracery above under a pointed arch. 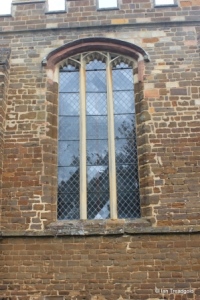 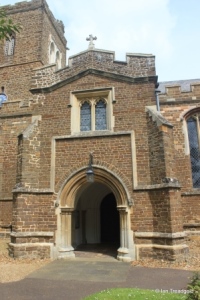 The south porch is of two storeys with the upper room accessed from within the church via an octagonal stair turret. The lower storey of the porch has windows to east and west of two lights with quatrefoil designs in the head under a pointed arch. The wide round arched doorway is surmounted by a string course rising to form the sill of the upper windows.

The upper room has been used in C15 as a chapel to St Anne and as a school room. It is well lit with a single light window to the east and two light windows to the south and west, all under square heads. 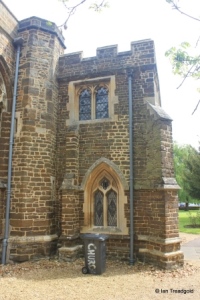 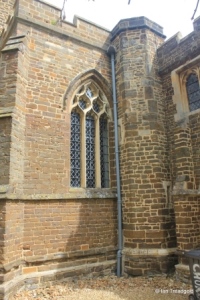 The western window of the south aisle is of three trefoiled lights with geometric tracery in quatrefoil designs above under a pointed arch. The window is tight against the stair turret to the porch implying the turret was added after the window.

The west window of the south aisle is of a similar style being of three trefoiled lights with geometric tracery above under a two-centred arch. 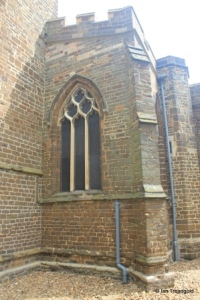 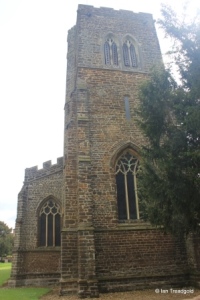 The tower is of three stages with the upper stage being added in C15. There is a modern door to the south of the tower and there is an internally accessed octagonal stair turret well integrated into the north-east angle of the tower and north aisle. This stair was added during restorations in C19. In the same restorations a leaded spire was removed from the tower leaving its present shape. 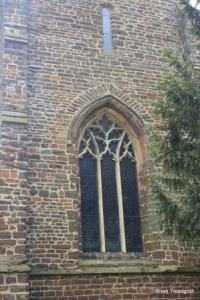 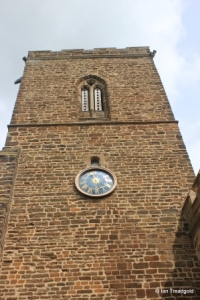 The west window is of three cinquefoiled lights with curvilinear tracery above under a two-centred arch. Above is a single chamfered lancet. The belfry lights a single lights to the north and south with double lights to the east and west. There is a single handed clock to the south of the tower. 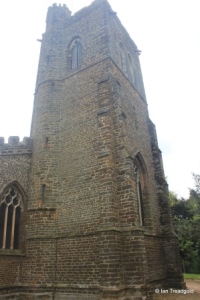 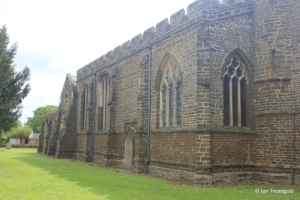 The north aisle has a similar layout of windows to the south but without a porch or east window. The west window matches that on the south aisle with the encroachment of the stair turret from the C19 restorations clearly visible. 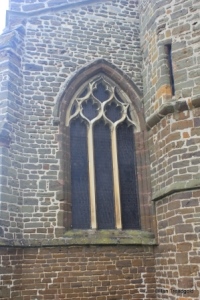 The west window of the north aisle is similar to that on the south but the tracery is less symmetrical with two vesical soufflet designs with a subordinate smaller design above.

There is a north doorway and two tall windows to match those on the south aisle. 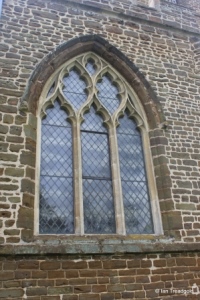 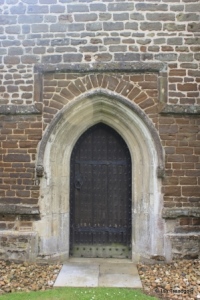 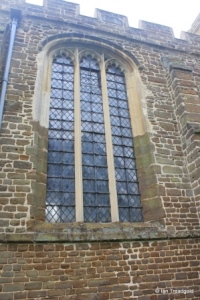 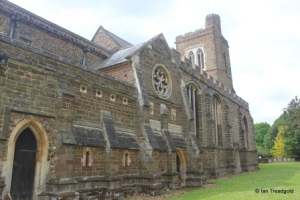 The modern vestry and organ chamber occupy the north side of the chancel with the inscription showing it was added in 1862. 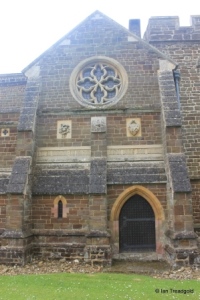 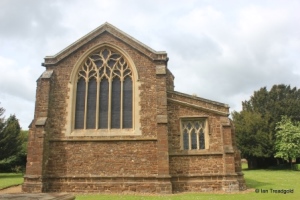 The modern east window is of five cinquefoiled lights with curvilinear tracery above under a two-centred arch. 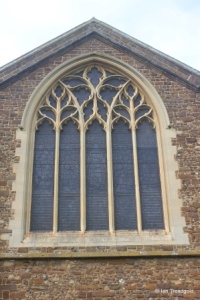 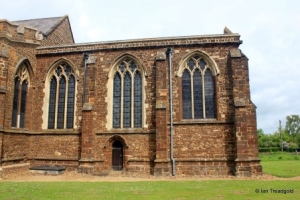 The south side of the chancel has three tall, three light windows under two-centred arches. The eastern window is shorter than the other two to allow for the sedilia and piscina inside. There is a low priest’s door under the centre window. 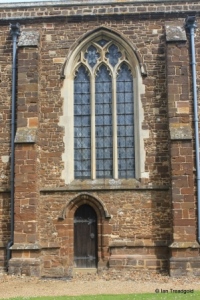