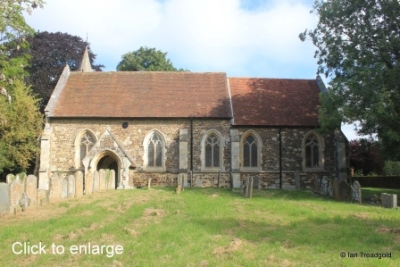 The church of St Mary is no longer in use as a parish church and is in the care of The Churches Conservation Trust. It is situated in the hamlet of Potsgrove accessed via single track roads from either the A4012 or from Sheep Lane from Woburn to the A6. Limited parking is available on the verge outside the church.

The parish of Potsgrove was linked with nearby Battlesden as early as 1732 and suggestions were made at the time that one of the two churches should be demolished. Both survived but their remoteness put both churches at risk. The condition of Potsgrove by 1966 led to it being closed and it was planned to be demolished but was vested in the Churches Conservation Trust to be preserved.

Built primarily of local ironstone and cobbles, the church was extensively renovated in 1880 although the building itself dates from C14.

The church consists of a combined nave and chancel with a south porch and doorway to the north which is the main current access. There is an octagonal bell turret over the north-west corner of the nave. The nave and chancel combined are around 70 feet by 20 feet.

The south side of the nave has three windows, two to the east and one to the west of the porch. 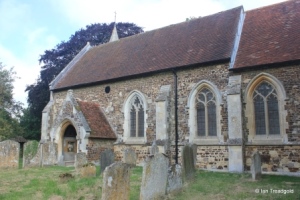 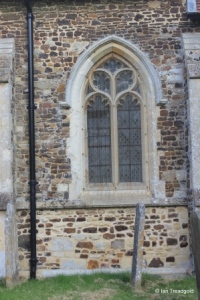 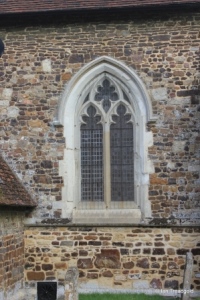 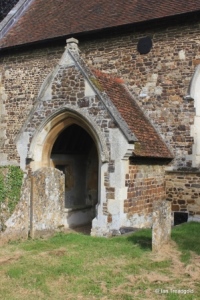 The south porch dates from the C19 restorations and encroaches on the western window of the aisle as an indication of a later addition. The porch corbels are eroded now but depicted the Bishop of Ely and the rector the Revd EN Coles at the time of the restoration in 1880. The Bishop being present at the reopening on 24th October 1880. 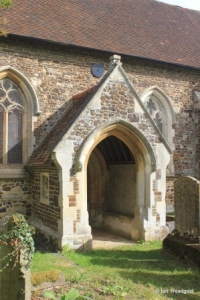 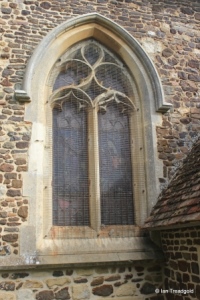 The western window of the nave has two flattened trefoiled lights with curvilinear tracery above under a two centred arch. The glass in the window originated at the St John’s Mission Chapel in Potsgrove and depicts Christ welcoming the children with the inscription from Luke 18:16 “Suffer little children and forbid them not to come unto me”. The St John’s Mission Chapel existed around 1858 at the Potsgrove turn on Sheep Lane from Woburn to the A5. The glass was moved from the Chapel to St Mary’s for the restorations of 1880 and the Chapel demolished by the 1970’s. 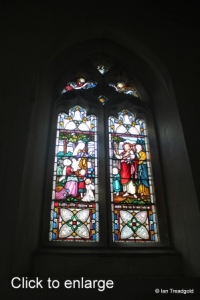 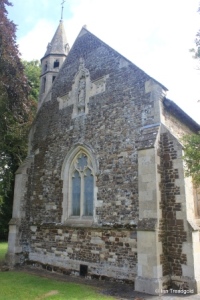 The west end of the church is interesting having an ornate statue niche and frieze inset high in the wall above the west window. Inserted in the 1880 restorations, the statue of St Mary is still in good condition. 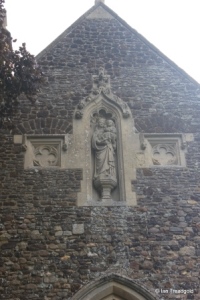 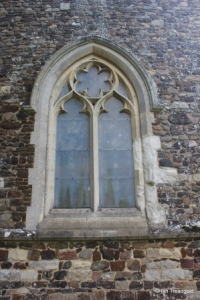 The window itself is a simple two light trefoiled design with multifoil circular tracery above. The glass appears at first sight to be a fairly normal stained glass window but closer examination shows it to be constructed from fragments of glass from earlier windows, presumably those replaced in the C19 restoration. 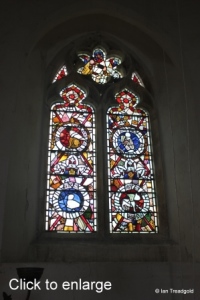 To the east of the door are fragments of earlier stonework embedded in the wall – a sign that there was an earlier church on the site. 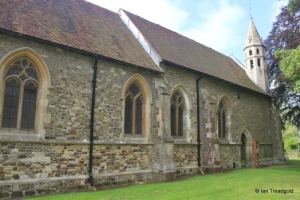 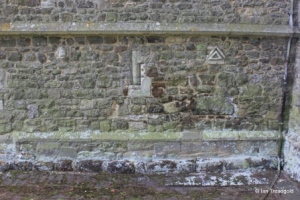 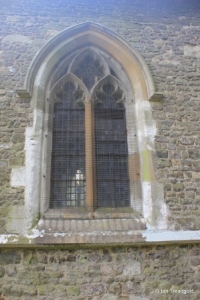 The windows on the north side are all from the C19 restorations and consist of two lights with various forms of tracery above. 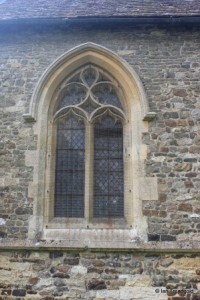 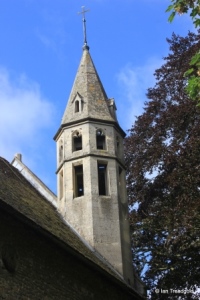 The octagonal belfry is over the north-west angle of the nave and dates from 1880. The access to the belfry is via a stair turret inside the church. 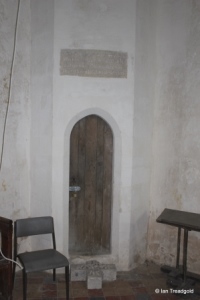 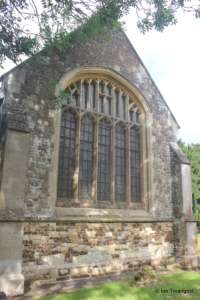 The east window is in C15 style and whilst it dates from 1880 it is believed to be a copy of the original east window. It is of five cinquefoiled lights with perpendicular tracery above under a four centred arch. 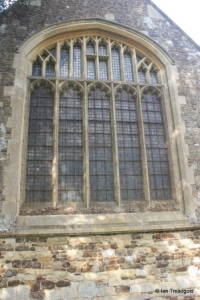 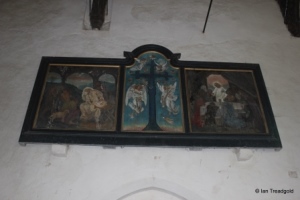 Above the north doorway are three painted panels that originally formed the reredos behind the altar depicting the nativity, the crucifixion and the last supper. 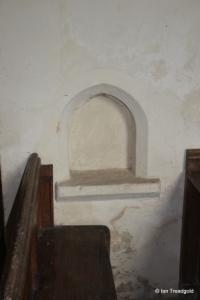 Besides both north and south doorways there are holy water niches. Towards the eastern end of the nave there used to be two altars to the north and south and these retain their piscina. 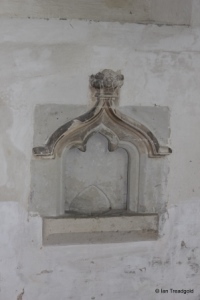 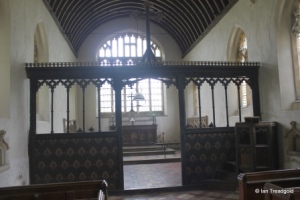 The rood screen dates from C14 but was altered in C19 to add some of the decoration. 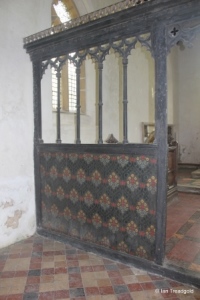 On the north side of the chancel is a tomb recess which dates from C14 but again heavily restored in C19. There are two lockers in the spandrels above the recess. 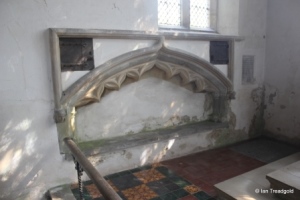 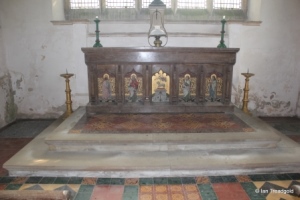 The altar has five panted panels depicting Melchisedec, Abraham, the Agnus Dei, St John and a priest contemporary with the church restoration.

The chancel sedilia and piscina date from 1880. 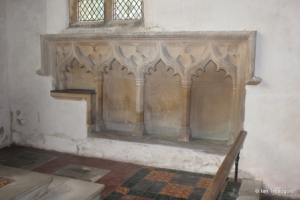 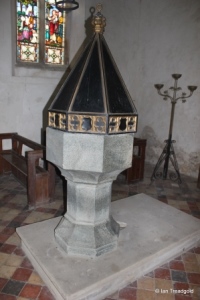 The font is of Purbeck marble and also dates from 1880.