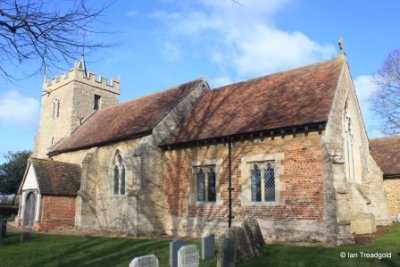 The church of All Saints in Ravensden is situated to the south of the village off Church End between Bedford and Wilden. There is parking available outside the church.

The church consists of a nave and chancel with a north aisle, west tower, south porch and vestry to the north-east. The nave is around 32 feet by 19 feet and the chancel some 14 feet by 15. The north aisle adds around 8 feet and the tower is some 10 feet square and around 40 feet high.

The original building of the church dates from C12 but has been much changed over time. The original nave and chancel were widened in late C12 with the addition of a north chapel and extension to the chancel. The chapel was extended to form the north aisle in C13 with the tower being added in C15. The modern vestry dates from the Victorian restorations.

The body of the church is of coursed limestone rubble whilst the chancel and south porch are of red brick with a limestone east wall. The roofs throughout are tiled. 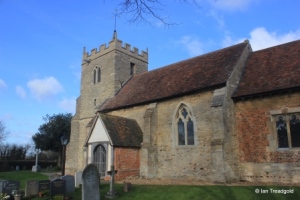 There is a single window on the south side of the nave of two trefoiled lights with a quatrefoild design under a pointed arch and dates from C14. 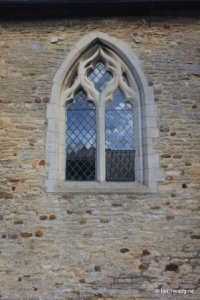 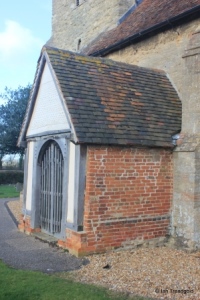 The south porch is of brick with a timber frame and date from late C16. 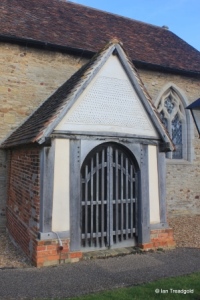 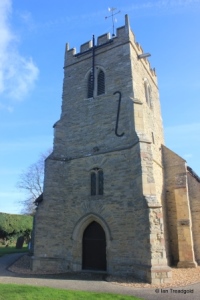 The west tower is of two stages with a restored parapet with pinnacles to the corners and a small wooden spire. There is a stair to the north-east corner and belfry lights to all but the east side. These lights are plain two light openings under two-centred arches. 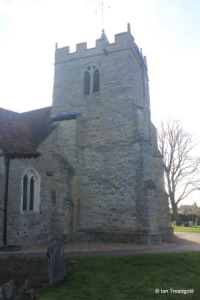 The west door dates from C15 with a two light uncusped window above probably inserted at a later time and off-centre compared to the door. 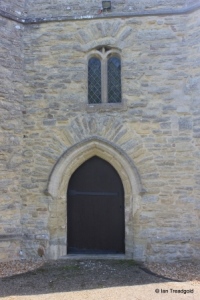 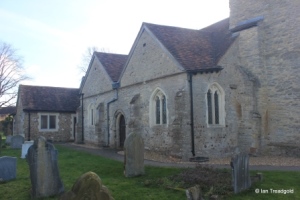 The north aisle dates from C13 but the windows are later insertions, probably dating from C15. The unusual gable roof is probably a result of the original north chapel being subsequently being extended to form the aisle. 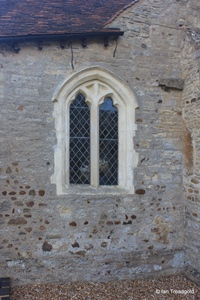 The west window of the north aisle Is of two trefoiled lights with blind tracery above under a two-centred arch. The western window in the aisle is of similar design with open tracery above. 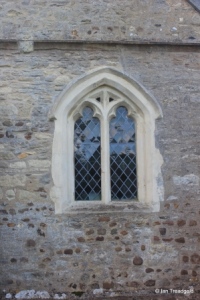 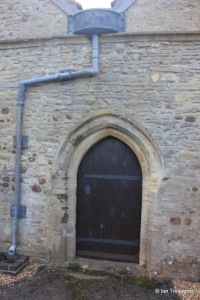 The north doorway is blocked probably dating from a time before the restorations of 1827 when the gully between the gables vented over the door via a waterspout. The substantial downpipe and guttering protecting the door is clearly marked with the date of installation. The eastern window on the north aisle is of the same style as its western companion. 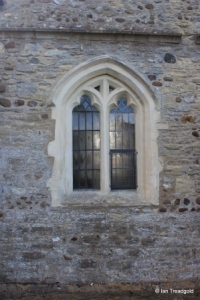 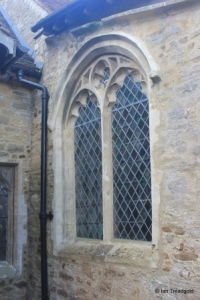 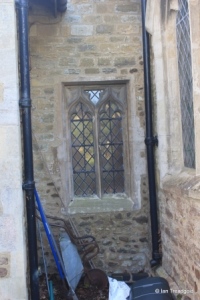 The vestry was originally built as a schoolroom prior to 1852 encroaching on the north window of the chancel and extending beyond the east wall of the church. 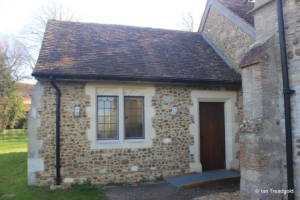 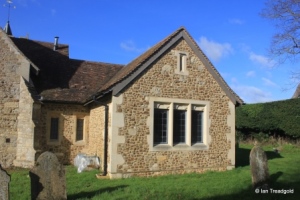 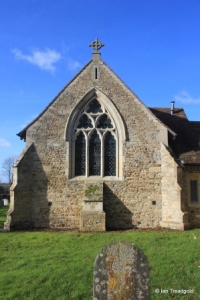 The east window date from C14 and is of three trefoiled lights with spherical triangles for tracery under a two-centred arch. 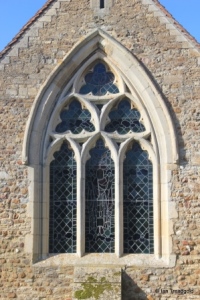 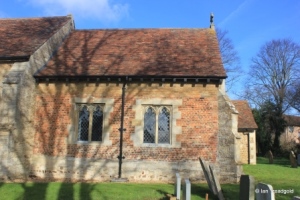 The south side of the chancel is built of brick dating from C18 and has two windows of two trefoiled lights under square heads. 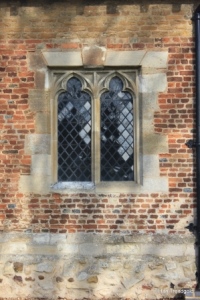