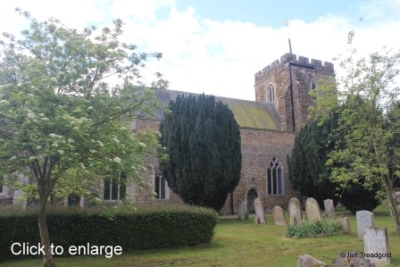 The church of St Mary Magdalene in Roxton is situated to the east of the centre of the village on School Lane which leads to the A1 with access to the North. There is no direct access to the village from the A1. Parking is available by the roadside outside the church.

The church is of brown cobbles with some ashlar dressings and consists of a nave and chance, south aisle, west tower and vestry to the south of the chancel. The chancel is around 32 feet by 17 feet with the nave adding a further 46 feet by 20 feet. The south aisle is about 14 feet wide and overlaps the west tower which is around 13 feet square. 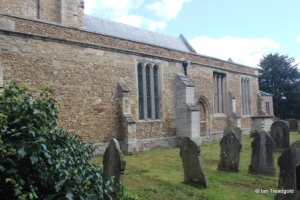 The south aisle has three windows, two to the east of the blocked south door and one to the west. 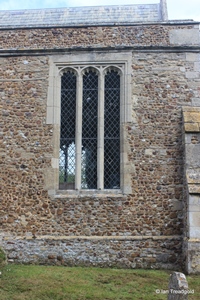 The windows are all of three cinquefoiled lights under a square head and repositioned upwards when the aisle was heightened in C15 as they are clearly above the original top of the aisle. 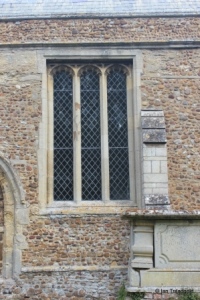 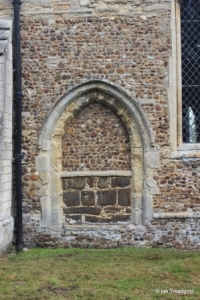 The doorway looks to have been blocked in C15 when the aisle was heightened and lengthened to encompass the tower. 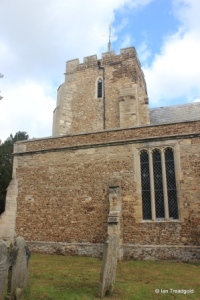 The west window of the south aisle is also of three cinquefoiled lights but with multifoil net tracery above under a square head with the C15 heightening works clearly visible. 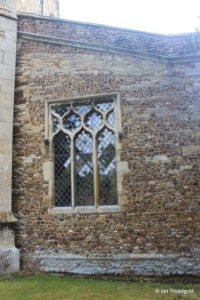 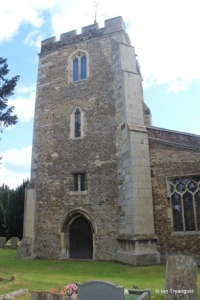 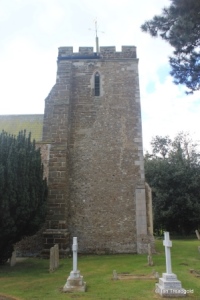 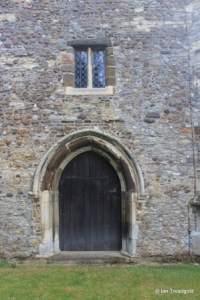 The unused west door dates from C15 and has a small two-light square headed window above. Above the door and window is a single trefoiled lancet below the belfry stage above. 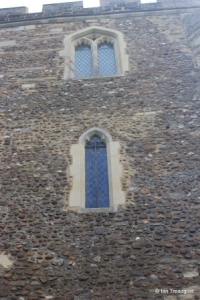 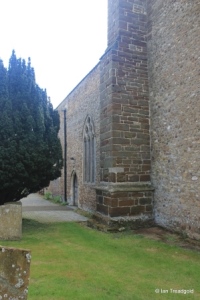 The north side of the church has a window to the west of the doorway and two to the ease. 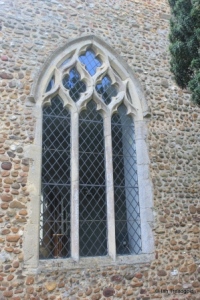 The western window is of three trefoiled lights with quatrefoil tracery above under a two-centred arch. The north door probably dates from C14. 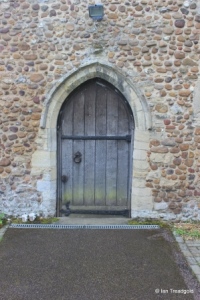 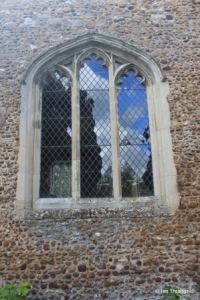 The centre window dates from the late C15 and is of three cinquefoiled lights under a four-centred arch. The eastern window on the north side of the nave is of two trefoiled ogee headed lights under a square head. 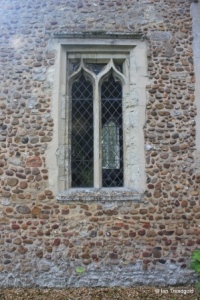 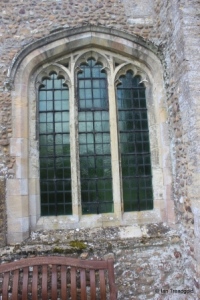 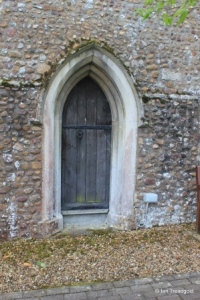 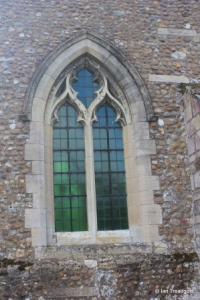 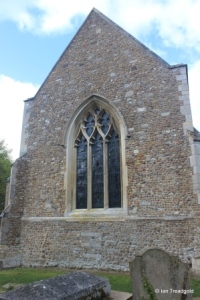 The modern east window is of three cinquefoiled lights under flowing tracery with elongated quatrefoil designs under a pointed arch. 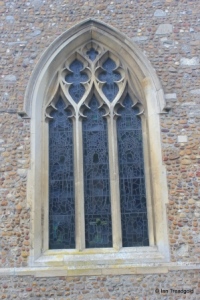 The south side of the chancel is completely occupied by a modern vestry although there was originally a south chapel on this site in C14. 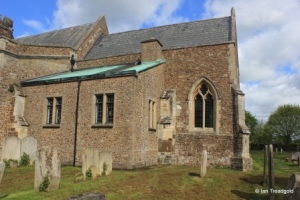