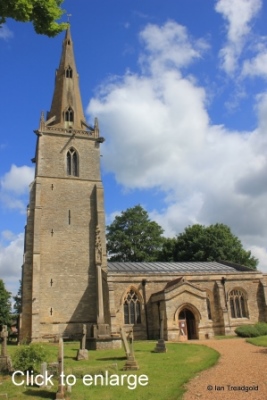 The church of St Peter in Sharnbrook is situated in a large churchyard in the middle of the village on Church Lane which leads south-east to Odell. Parking is available on the road outside the church.

The chancel is around 32 feet by 18 feet with the nave adding 46 feet by around 19 feet. The two aisles are around 9 feet in width and the north chapel is the same size as the chancel. The tower and steeple is some 15 feet by 12 feet and 132 feet high.

Whilst the church is mentioned in the Domesday book, the oldest parts date from C13, namely the two arcades and the outer walls of the aisles. The Tofte chapel to the north-east, the porches and the lower parts of the tower were added in C14. Apparently, the tower was built around 10 feet from the west end of the nave as it was then. On completion of the tower, the nave was extended to the tower. In C15, the aisles were extended westwards to the tower with additional arches placed in the arcades. There was a period of restoration and renovation in the second half of C19. 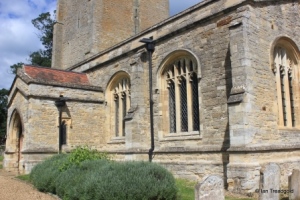 The south aisle has windows to the east and three to the south; two to the east of the porch and one to the west. 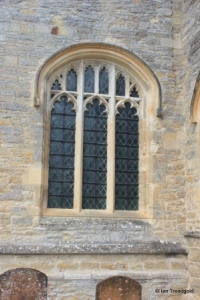 The east window and the two to the east of the porch are all of a similar style with the heads and tracery being modern. They are all of three cinquefoiled lights with perpendicular tracery above under four-centred arches. 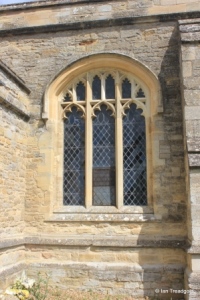 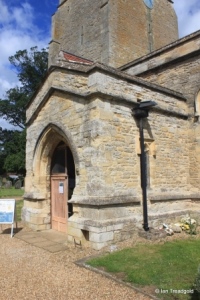 The south porch has a single trefoiled lancet window to the east under a square head. Like the bulk of the church the porch has a plain parapet. 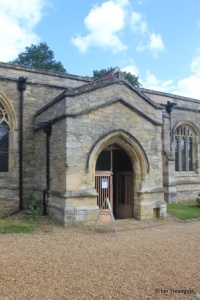 The western window of the south aisle, whilst restored was probably moved from elsewhere when the aisles were extended and dates from C14. It is of three trefoiled lights with quatrefoil designs in the tracery under a pointed arch. 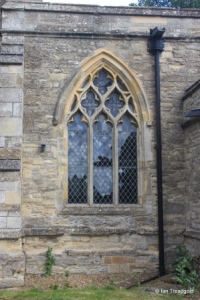 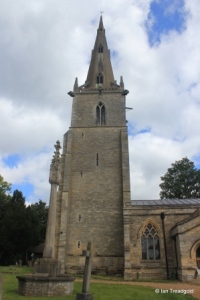 The tower alone would suffice for most churches of this size and the octagonal spire adds extra grace. There is an internal stair in the south-west corner lit by arrow slit windows. The tower portion has a parapet pierced with quatrefoil designs with pinnacles in the corners. The belfry stage has simple uncusped two lancet openings. The steeple has three stages of lucarnes aligned to the compass points. The base of the steeple is buttressed to the corners of the tower parapet. 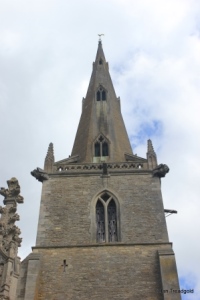 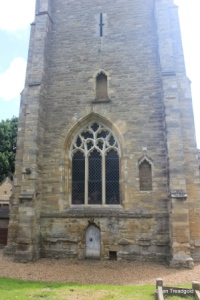 The west side of the tower has a very low west door and west window with empty statue niches above and to the south. Symmetry doesn’t seem to have been a strong point with even the upper niche being off centre. The west window has restored tracery of three cinquefoiled lights with curvilinear tracery above under a two-centred arch. 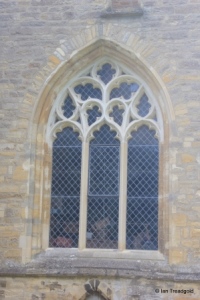 The north aisle has three north facing windows, one to the west of the porch and two to the east. 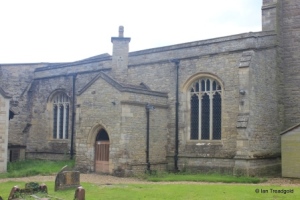 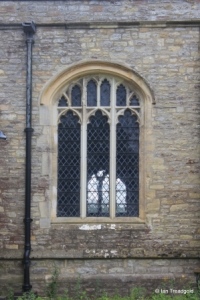 The eastern and western windows or the north aisle are similar to the eastern windows of the south aisle. The centre window, whilst similar has uncusped lights with plainer tracery above. 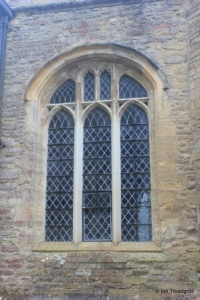 The north side of the church is now dominated by the modern church rooms which adjoin the north chapel. 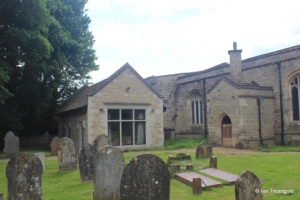 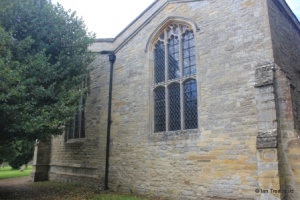 The east end of the church has the two east windows of the chapel and the chancel.

The east window of the chapel is of three cinquefoiled lights separated by a mullion under a four-centred arch, unusually without a sill. 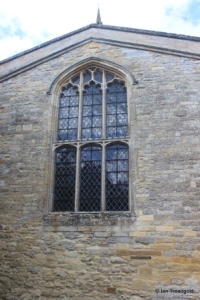 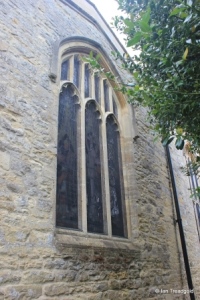 The restored east window is of three cinquefoiled lights with perpendicular tracery above. The glass dates from around 1855. 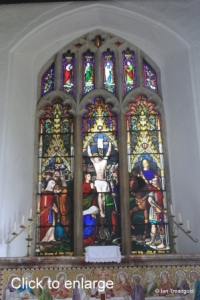 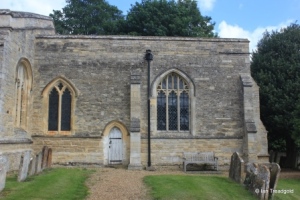 The south side of the chancel has two windows surrounding the priest’s door. The eastern window is similar to the other windows on the south side with three cinquefoiled lights but with less ornate tracery above. 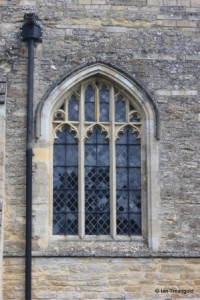 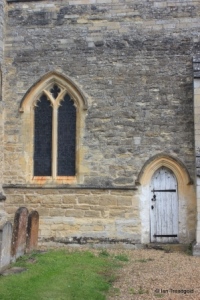 The western window is of two cinquefoiled lights with a quatrefoil design above under a two-centred arch. The glass dates from 1873 and shows the Resurrection and Ascension 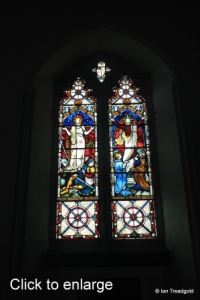 The font, in the south aisle, dates from C15 and is octagonal with quatrefoil panelling on a buttressed octagonal base. 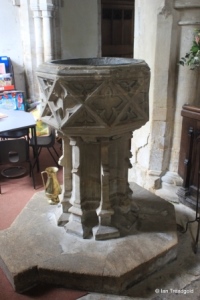 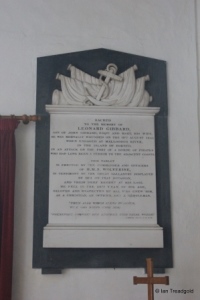 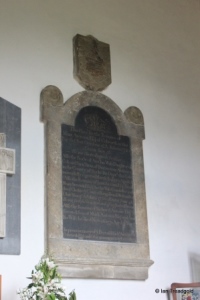 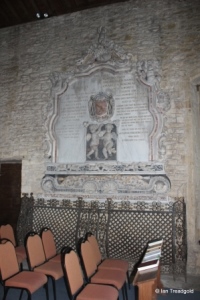 The Tofte chapel is named after Sir William Tofte, a member of the Knights Templar in C12 who was gifted a manor house on land about ½ mile north of the church. The manor passed through various families until it was purchased in 1876 by Charles Magniac who owned Colworth House to the north-east of the church. The chapel is home to a large wall monument to the Magniac family dating to the late C19. There is also a Magniac mausoleum in the church yard. The chapel also houses a large C14 three stepped sedilia with piscine. 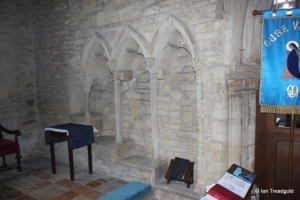