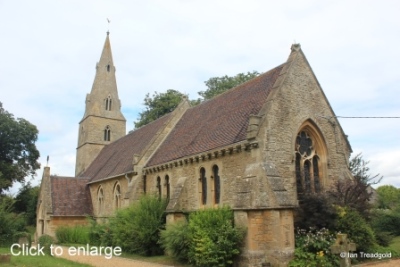 The church of All Saints in Souldrop is situated along a footpath off the Sharnbrook Road to the south-east of the village. Parking is difficult on the road outside the entrance to the path to the church.

The current church consists of a nave and chancel with a north aisle and transept, south porch and west tower and spire. The chancel is around 23 feet by 14 feet with the nave adding around 48 feet by some 16 feet. The north aisle is about 8 feet wide and the tower around 7 feet square rising to about 90 feet.

The original church on the site dated from the late C13 but fell into disrepair in C18. The body of the church was rebuilt around 1800 but that building only survived until 1860 when the present building was constructed. The tower and spire of the original church have been incorporated into both rebuilt churches and is the oldest part of the building with the rest of the current building dating from 1860-1. The tower and spire are believed to be the oldest in Bedfordshire. 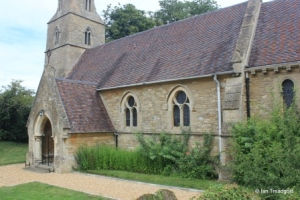 The south side of the nave has two windows to the east of the porch and a single lancet window to the west. 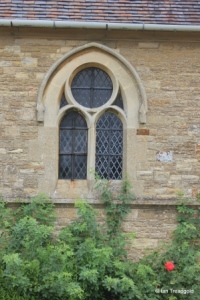 The eastern windows are of two rounded lights with a circle in the head under two -centred arches. The western lancet is a plain lancet in a simple style. 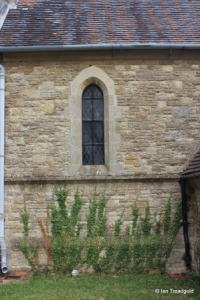 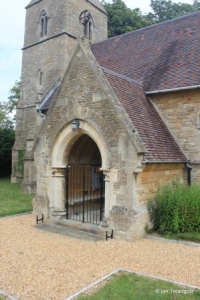 The south porch has an acute pointed tile roof to match the other roofs in the church. 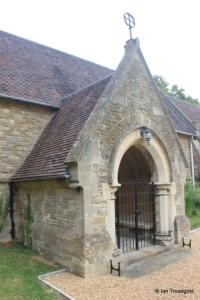 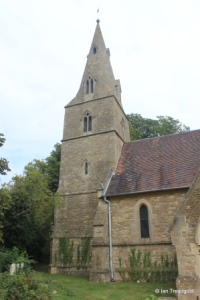 The west tower is in four stages with the belfry lights on the upper stage being of two uncusped conjoined lancets with a star design above under a pointed arch. There is a single lancet to the south. 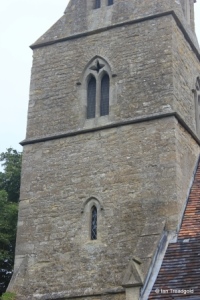 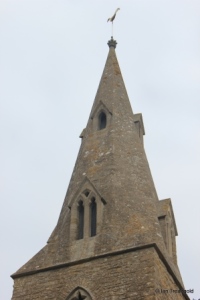 The broach spire is octagonal with two layers of lucarnes to the cardinal points topped with a weather-cock. 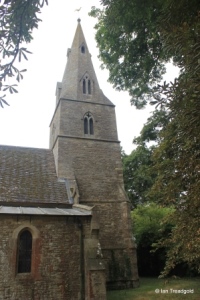 There is a single trefoiled light in the second stage of the west face with a single lancet above. 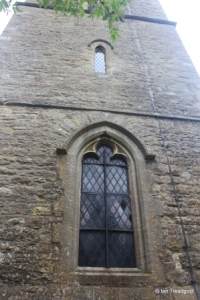 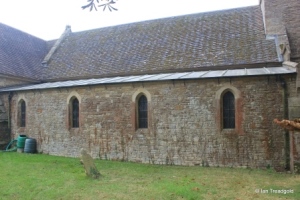 The north aisle has four plain single lancets to the north and a similar window to the west. 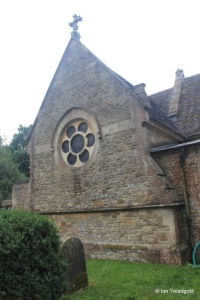 The north transept which now houses the organ has a large rose window of six petals with a gable cross above. 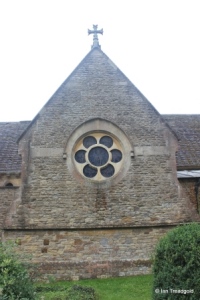 The angle between the transept and the chancel houses the vestry and obscures the two north facing windows of the chancel. 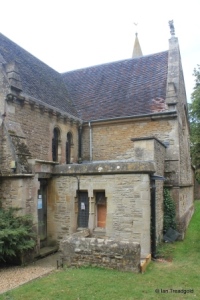 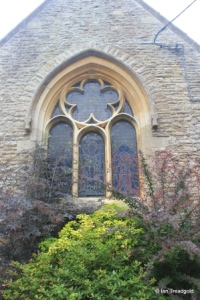 The east window is of three stepped uncusped lights surmounted by a multifoil design in a circle under a two-centred arch.

The south side of the chancel has two pairs of single light windows. 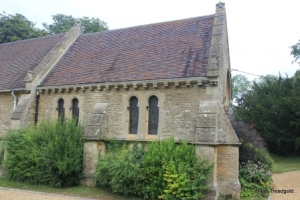