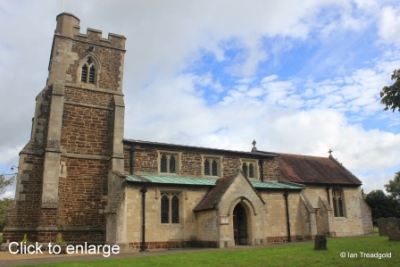 The church of St John the Baptist in Stanbridge is situated in the centre of the village with parking available in the small church car park on the village green.

The church consists of a chancel, nave, north and south aisles and porches and a west tower. The chancel is some 31 feet by 16 with the nave adding a further 41 feet by 17 feet. The aisles are some 7 feet wide with the tower around 10 feet by 11 feet and around 40 feet high.

The church began life, like several in the surrounding area, as a dependent chapel of Leighton Buzzard. The earliest records indicate that there was a chapel on the site in C13 with it eventually becoming a parish in its own right in 1735.

The chancel, nave and aisles all date from C13 with the tower being added in C15 with the roofline altered to add a clerestory along with some remodelling of the aisles. Major restoration work took place in the late C19 with the aisles and east end being rebuilt. The original building was done in Bedfordshire ironstone but the aisles and chancel were rebuilt using Totternhoe limestone. 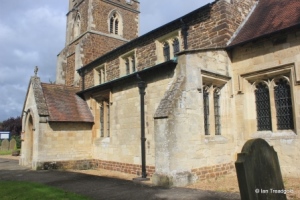 The south aisle has windows to the east and two to the south on either side of the porch. 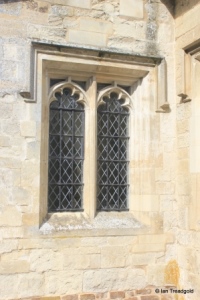 All are of two cinquefoiled lights with pierced tracery above under square heads. 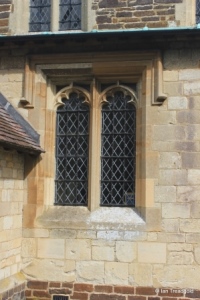 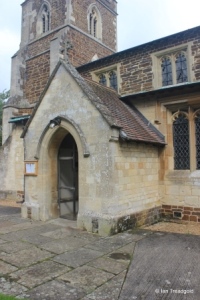 The porch may have been rebuilt later than the aisle as indicated by the overlap with the south-eastern window. 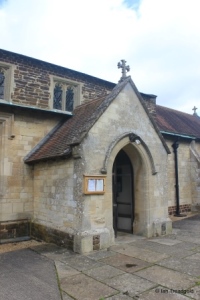 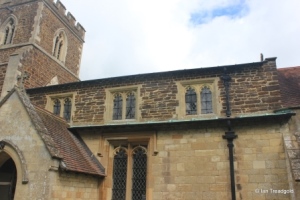 The clerestory above has three sets of two-light cinquefoiled windows under square heads. Whilst the tower and clerestory date from C15, clearly the tower came first as indicated by the remains of the roofline on the east face. 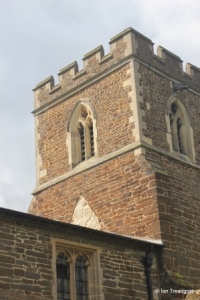 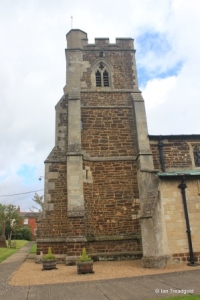 The tower is of three stages with a clock to the west and an internal octagonal stair turret in the south-west corner. The belfry openings are two trefoiled lights with a quatrefoil design above under pointed arches. 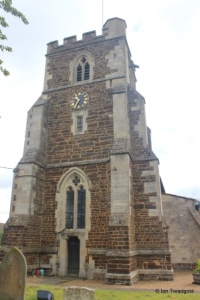 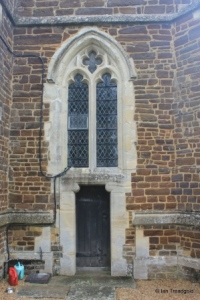 The west window is a larger version of the belfry openings and sits immediately over the west doorway with its square-shouldered head. The clock dates from 1923 and was placed in the tower to serve as a war memorial. 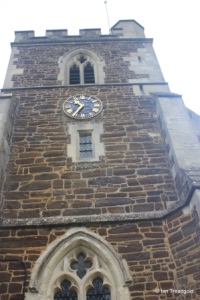 The layout of the north aisle mirrors that of the south with windows to the sides of the modern north porch and a further window in the east end of the aisle. 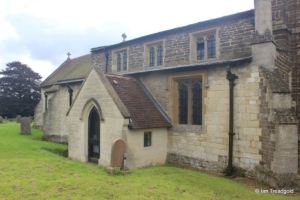 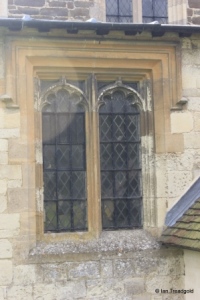 The windows are similar to those on the south side. 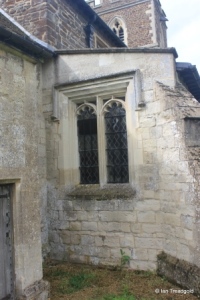 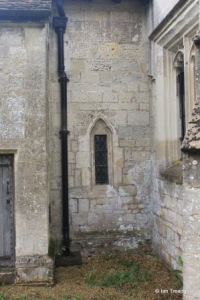 The north side of the chancel has a single trefoiled window dating from C13 to the west of the organ loft and a large window of two cinquefoiled lights with perpendicular tracery above under a four-centred arch. 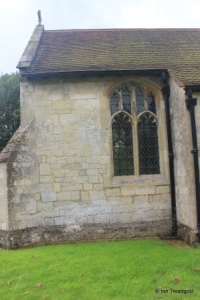 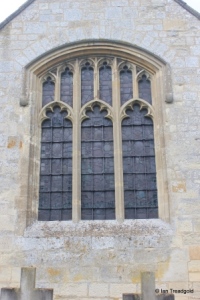 The east window is a rebuilt window of C15 origin of three cinquefoiled lights with perpendicular tracery under a four-centred arch. The glass depicts the crucifixion and was given in memory of Arthur Chamberlain Green, Rector of St Martin’s in Colchester by his father Thomas Green who was vicar in Stanbridge between 1871 and 1923 and who was responsible for most of the C19 restoration work. 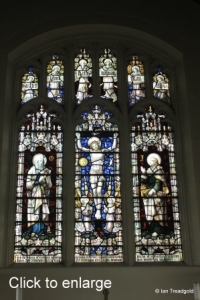 The south side of the chancel has a large window that is a modern copy of the one the north side along with a priest’s door and a window to the west that matches those in the aisle. 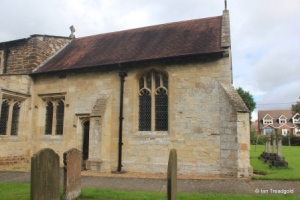 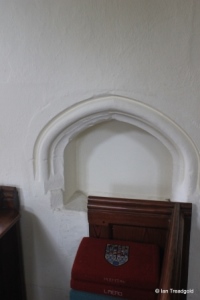 To the right of the south door in the south aisle is a holy water stoup under a four-centred head dated to C15 and on the other side of the door is the font which dates from C13 and forms a circular bowl mounted on the engaged shafts. 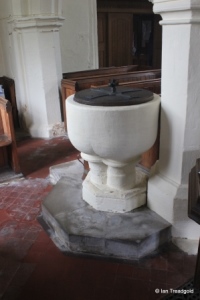 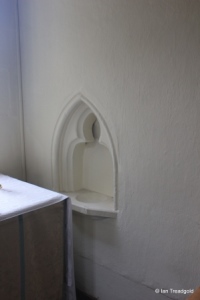 At the east end of the south aisle is a small altar with a trefoiled C14 piscina and there is a another to the south of the main altar in the chancel. 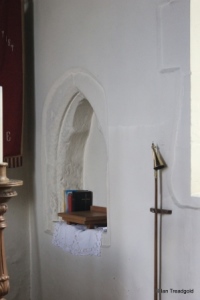 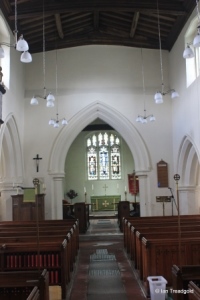 The alignment of the chancel deviates noticeably from that of the nave as can be seen by the position of the east window. Behind the pulpit is a squint through the chancel arch from the nave. 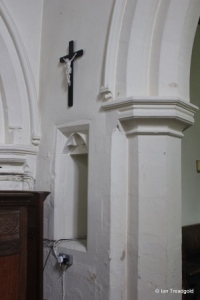