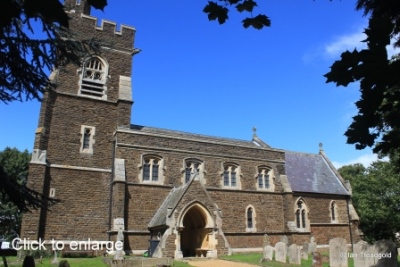 The church of St Leonard in Steppingley is situated to the north-east of the centre of the village on Church End. Parking is available by the roadside outside the church.

St Leonard’s is a modern church dating from 1860 replacing an earlier building on the site. There was a church on the site back in C13 which originally consisted of a nave, chancel, tower and north and south porches. Over time various repairs and restorations took place with the chancel being rebuilt in brick and rendered in C19. Overall the church was very small and dark.

Problems appeared in 1850 when the east wall of the chancel began to subside. Attempts were made to repair it but in 1858 it collapsed. A new church was funded by the Duke of Bedford and work began in December of 1858 and completed in 1860. Further problems occurred with subsidence and more works were necessary in 1868-9 on the tower and more general underpinning in 1876-7 and again in 1912.

The church consists of a chancel, nave, north aisle, south porch and west tower. The chancel is around 26 feet by 15 feet with the nave adding some 40 feet by 19 feet. The north aisle is around 10 feet wide and the tower some 10 feet square and around 50 feet high. The church is built from ironstone quarried in Maulden. 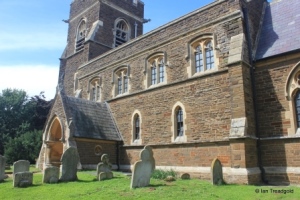 The south side of the church is unusual in that churches with only the one aisle do tend to have it on the south side. The effect is to leave the south side looking bare with just two single light windows under the clerestory.

The two windows are simple trefoiled lights under pointed arches. 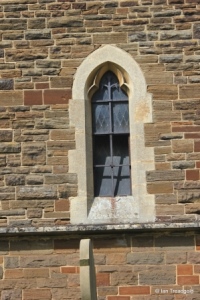 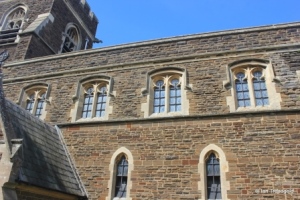 The clerestory above consists of five two-light trefoiled windows with modern tracery designs. 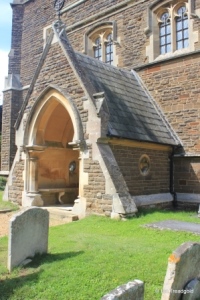 The south porch has quatrefoil openings to east and west with buttresses at the front that give the appearance of the roof slope continuing to ground level. 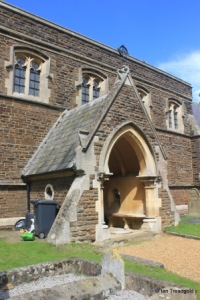 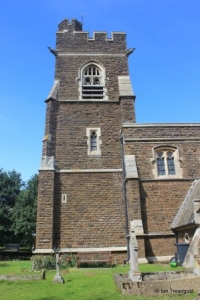 The tower is of three stages with buttresses at the west end that begin as clasping buttresses before evolving into the more normal diagonal buttresses at the first stage. There is a high embattled parapet and an internally accessed octagonal stair turret in the south-west corner. 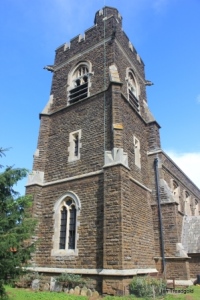 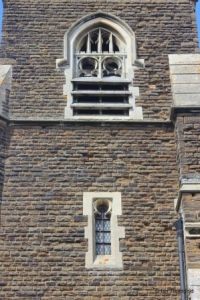 The belfry lights are a curious combination of tracery and belfry slats. Nominally the belfry openings are of two-light trefoiled openings with perpendicular tracery above under two-centred arches. Much of the lights are taken up by the belfry slats which appear to have been inserted as an after-thought. The west window is of two trefoiled lights with a quatrefoil design above under a two-centred head. 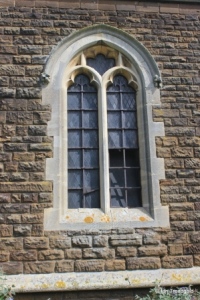 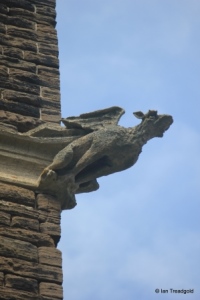 The tower benefits from gargoyles in the corners to throw rain water away from the fabric. 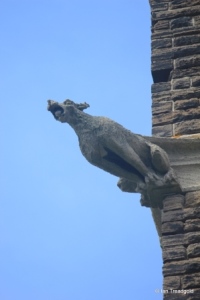 Considering that it is the only aisle, the north aisle is quite plain with no north doorway or porch. 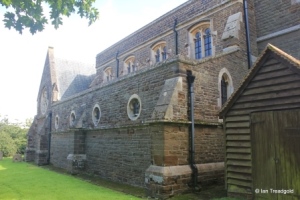 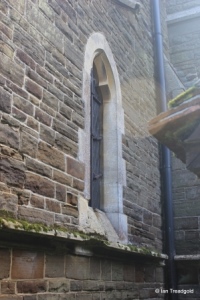 The aisle is lit by four squared quatrefoil designs in round openings and a single light window at the west end. 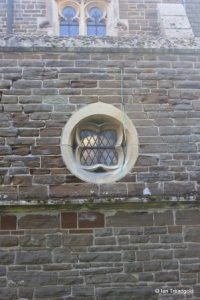 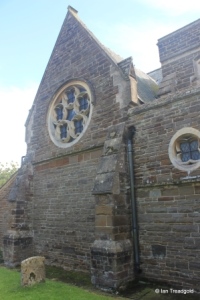 The north side of the chancel is occupied predominantly by the large vestry and organ chamber. This is lit by a grand rose window of five quatrefoil designs in a round opening. 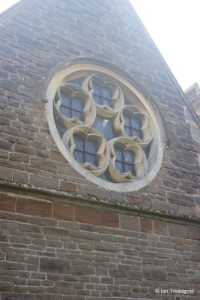 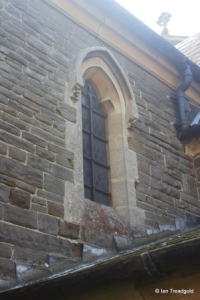 There is one other window into the chancel on the north side, a single trefoiled light under a pointed arch.

The east window is of three trefoiled lights with cinquefoil and quatrefoil designs in the tracery above under a two-centred arch. 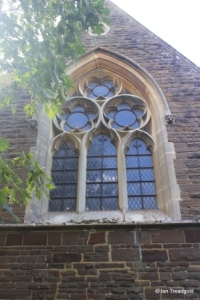 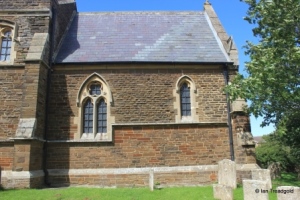 The south side of the chancel has two windows. The eastern is a simple single trefoiled light whilst the western is more dramatic with two trefoiled lights and a quatrefoil design above with unpierced tracery surrounding under a pointed arch. 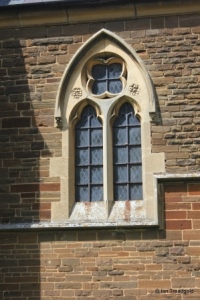 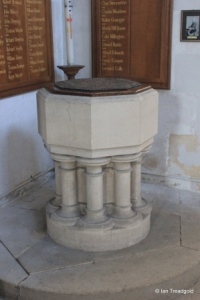 The font is octagonal resting on eight engaged shafts.

The piscina in the south wall of the chancel is a survivor from the original church. 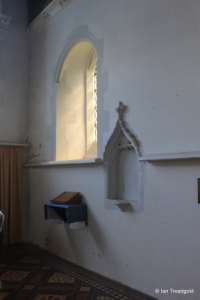