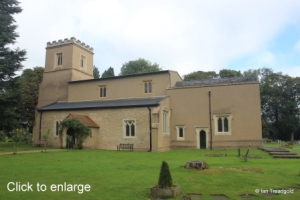 The church of St Mary the Virgin in Studham is situated to the east of the village at the end of the quiet lane Church Road. Parking is available in the car park outside the church.

The church consists of a nave and chancel with north and south aisles and porches and a west tower. The chancel is around 28 feet by 18 feet with the nave adding around 44 feet in the same width. The aisles add around 10 feet and the tower is around 11 feet square and some forty feet in height.

There is evidence of a church on this site dating from C11 but the present building dates to C13. The aisles were altered in C14 and C15 with the tower being added in C15 along with the clerestory. Built of flint rubble and local Totternhoe stone, the church was rendered originally in 1774 at a cost of £29 7s giving the church its present appearance. An image of the church from the mid C19 shows a small pyramid roof and spike spire on the tower but these were removed in later C19 restorations. 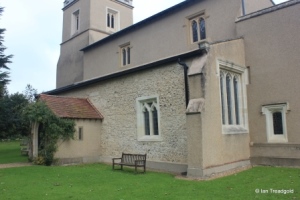 The south aisle has windows to the east and two to the south either side of the porch.

The east window in the aisle is quite large for its location and its encroachment on the chancel wall indicates either a new insertion or repositioning in the aisle during the alterations to the aisle in C15. It is of three cinquefoiled lights under a square head. 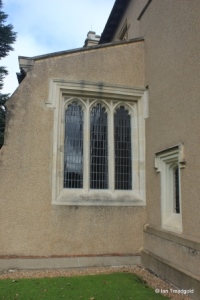 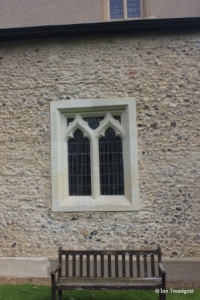 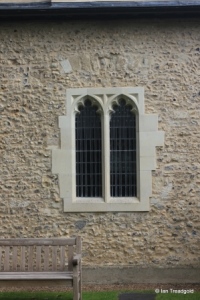 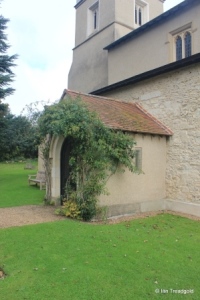 The south porch is modern with single light windows to the east and west. 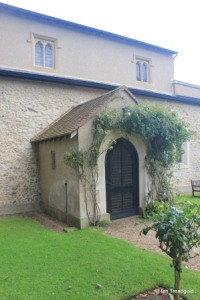 The clerestory above the nave was added in C15 and has just two two-light cinquefoiled windows under square heads on the south and a similar window on the north along with a simpler modern window at the east. 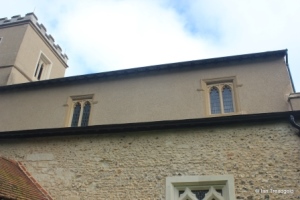 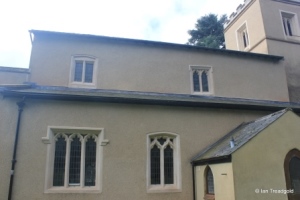 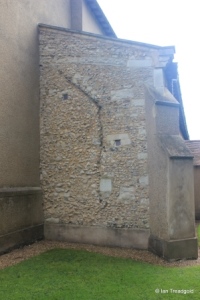 The west end of the south aisle shows evidence of the rebuilding work in C15 with a clear outline of an earlier construction and indeed evidence of changes to the roof line at later times. 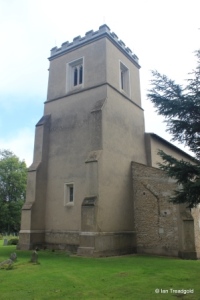 The tower is of three stages with buttresses to the west. The parapet is embattled, the only part of the church so adorned. The belfry openings are deeply recessed two cinquefoiled lights under square heads. There is a simple square headed single light window in the west face. 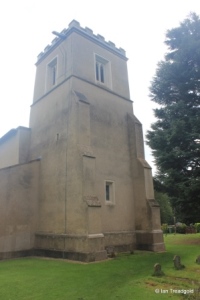 The windows on the north aisle unusually form a different arrangement to those on the south with one to the west of the north porch and two to the east. 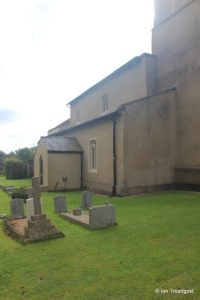 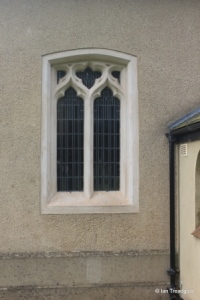 The two windows surrounding the north porch are of similar design with two trefoiled lights with quatrefoil tracery above under basically square heads. The south-east window is of three cinquefoiled lights under a square head. 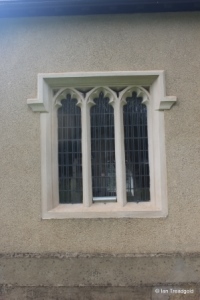 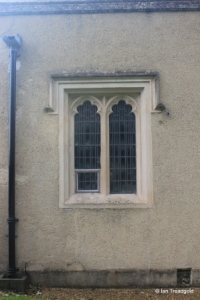 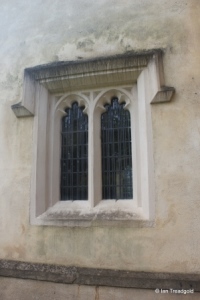 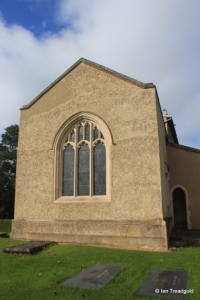 The east window is of three cinquefoiled lights with perpendicular tracery above under a two-centred arch. 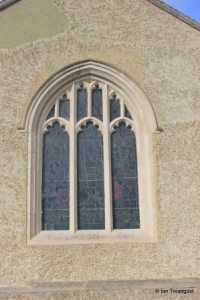 The south side of the chancel has two windows surrounding the priest’s door. 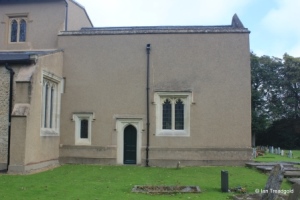 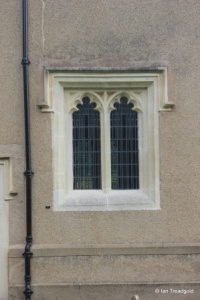 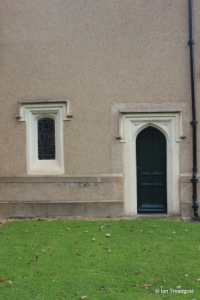