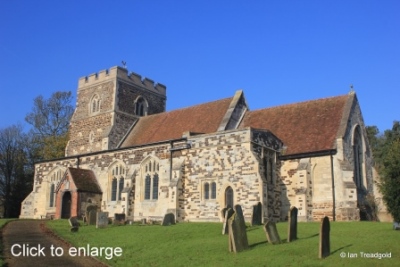 The church is situated on an area of raised ground to the north of the road and consists of a nave and chancel, south aisle, vestry/organ chamber and porch and a west tower within the nave and aisle. The chancel is around 27 feet by 16 with the nave adding some 36 feet in a width of 18 feet. The south aisle is around 10 feet wide and the tower within the walls is around 12 feet by 15 feet and some 58 feet high.

The church is built of a mix of ironstone and Totternhoe stone and whilst there was probably an earlier building on the site, no evidence remains. Parts of the current building have been dated to C13 but the south aisle and tower date from works in C14. There was a south chapel which was demolished in C16 but has been rebuilt as an organ chamber and vestry in the early years of C20. 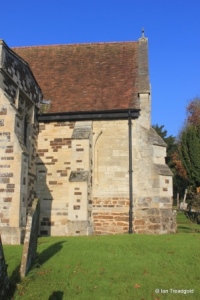 With the completion of the organ chamber and vestry in 1909 as part of the renovations undertaken around that time by the Rev. Thomas Green who was vicar from 1879-1923 the south side of the chancel was lost to view. The remaining window to the east of the buttress was blocked at that time and remains as a fragment of masonry. The window was of two lights with under a pointed arch. 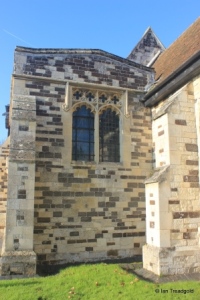 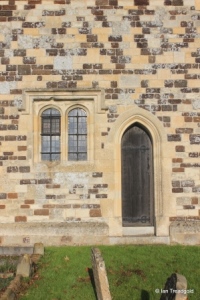 The south aisle beyond the vestry has two windows to the east of the porch and one to the west. 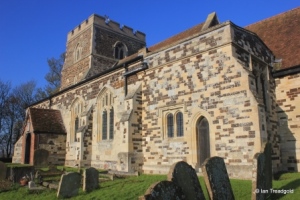 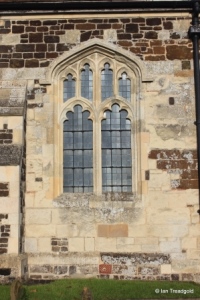 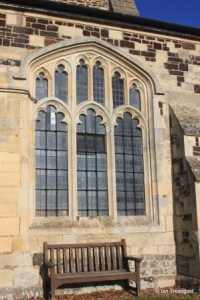 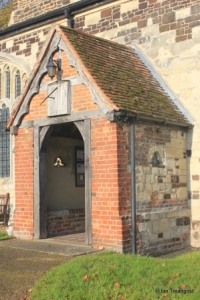 The south porch dates from C17 and is of brick and timber construction with fragments of C14 tracery acting as windows to the east and west. There is a wooden sundial in the gable of the porch. 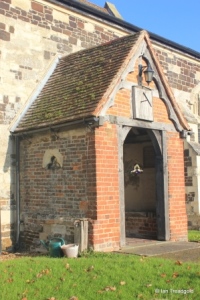 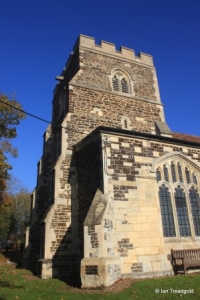 The tower is in two stages an embattled parapet with belfry openings of two trefoiled lights with a quatrefoil design under two-centred arches. 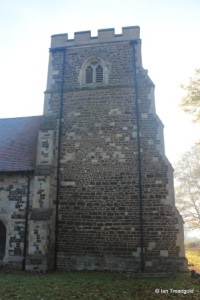 The west window is of three cinquefoiled lights with perpendicular tracery above under a two-centred arch. 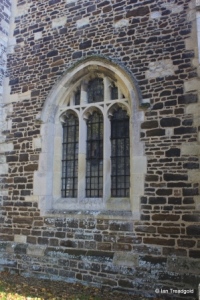 The north side of the church has a north door and window in the nave and two windows to the north of the chancel. 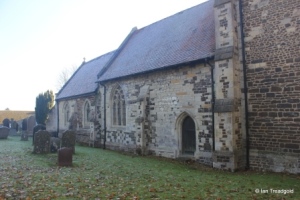 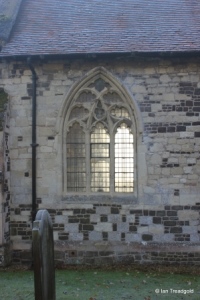 The C14 window on the north side of the nave is a grand affair of three cinquefoiled lights with flowing tracery under a pointed arch. 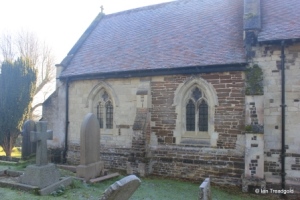 The north side of the chancel has two similar C14 windows each of two trefoiled lights with a quatrefoil design in the head under a two-centred arch although the western has been shortened within the opening. 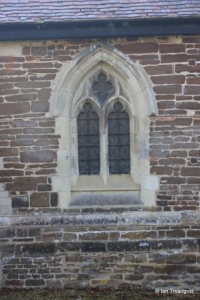 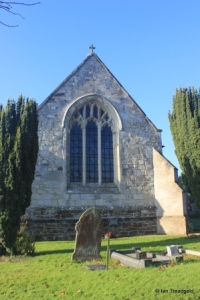 The east window also dates from C14 and consists of three cinquefoiled lights with perpendicular tracery above under a two-centred arch. 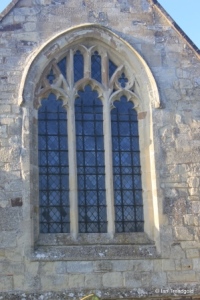