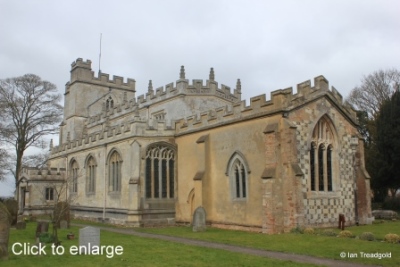 The church of St Giles in Totternhoe is situated to the south-east of the main village on Church Road leading to Eaton Bray and Edlesborough. Parking is available in the church hall car park in The Ride to the north of the church.

The church consists of a nave and chancel, north and south aisles, south porch, west tower and vestry to the north of the chancel. The chancel is some 27 feet by 15 feet with the nave adding around 53 feet and unusually being narrower at around 13 feet. The two aisles are around 8 feet wide and the tower is some 14 feet by 12 feet and around 40 feet in height.

There is record of a church on the site dating back to C12 but the present building is later than that. The chancel date from C14 with the rest of the church being added largely in late C15 and early C16. An illustration from the early C19 shows that the chancel was extensively remodelled around that time to render the north and south faces as well as adding an embattled parapet. The church is built, unsurprisingly largely of local Totternhoe stone produced from the quarries about a mile to the north-west of the church. 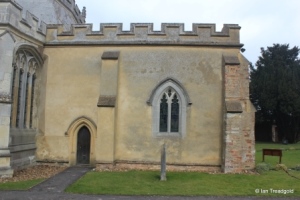 The south side of the chancel is rendered with restoration work to the buttresses done in brick. There is a single window of two elongated cinquefoiled lights under a pointed arch with a priest’s door to the west.

The south aisle clearly shows how the chancel is wider than the nave internally with the east window of the aisle being cut into the chancel wall. There are three windows to the south, unusually all to the east of the south porch. There is no window to the west of the aisle. 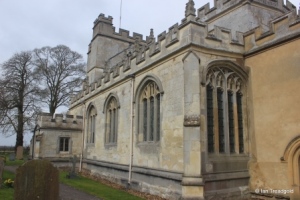 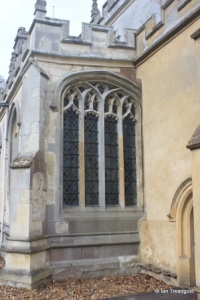 The east window of the south aisle is of four cinquefoiled lights under a low four-centred arch. The outer two lights have ogee heads to the lights whilst the centre lights are simple round headed lights. 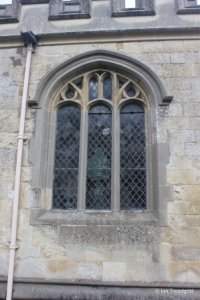 The three windows on the south side of the aisle date from C19 restorations and are all of a similar style with three uncusped lights with plain tracery above under two-centred arches. 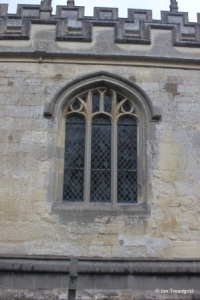 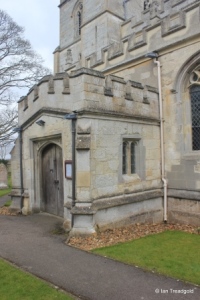 The south porch dates from C15 with a dominant embattled parapet and two-light square headed windows to east and west. The doorway to the porch is a four-centred arch under a square head with quatrefoil designs in the spandrels. 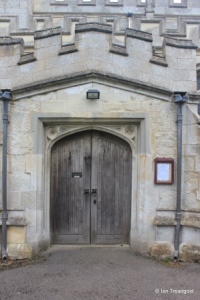 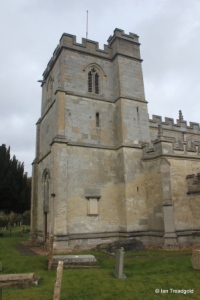 The embattled west tower is in three stages with a rectangular stair turret in the south-east corner accessed from inside the church. The belfry openings are pairs of trefoiled lights with quatrefoil designs under two-centred arches. 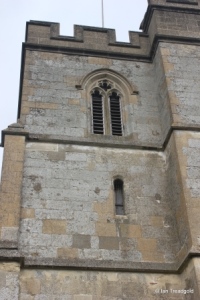 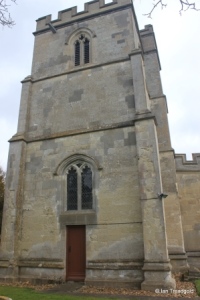 The west door looks like a late addition with the window above being of two cinquefoiled lights under a four-centred arch. 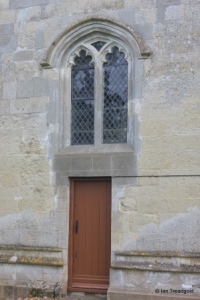 The north aisle adopts a more orthodox arrangement of windows with one to the west of the north doorway and two to the east. The clerestory above has four three-light uncusped windows under square heads on both sides of the church. The church is embattled throughout apart from the vestry and the parapet is adorned with pinnacles – five over the aisles and four over the nave on each side. 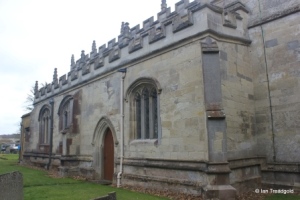 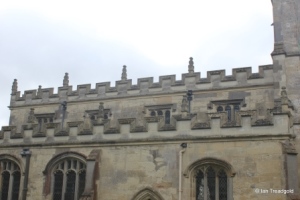 The western window is of three cinquefoiled lights under a four-centred arc with no tracery above. 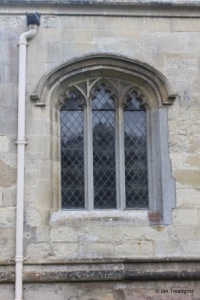 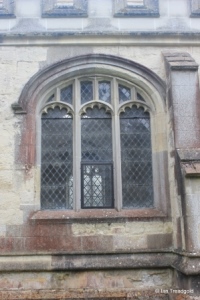 The two windows to the east of the north door are of the same style with three wide cinquefoiled lights under a four-centred arch with a semblance of perpendicular tracery above. 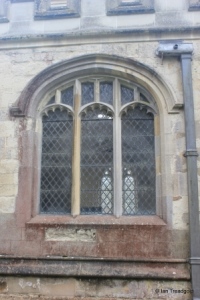 The north side of the chancel is half occupied by the vestry and it and the chancel are rendered. This rendering was added during C19 restorations. Before then the chancel masonry was a chequerboard effect as is still visible in the east end. 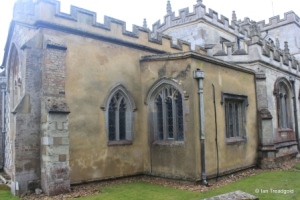 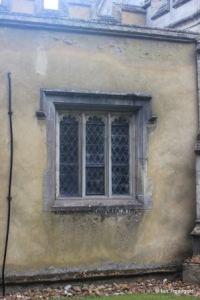 The vestry has a three-light window under a square head to the north and a window of three cinquefoiled lights with perpendicular tracery above to the east. 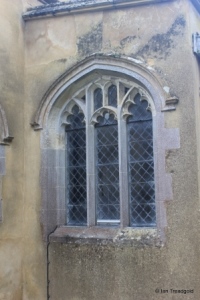 The sole window into the north side of the chancel matches its companion on the south side with two elongated cinquefoiled lights under a two-centred arch. 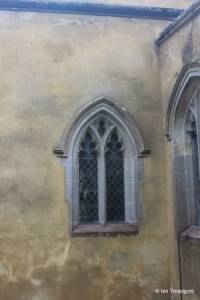 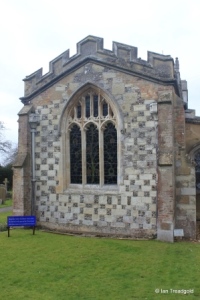 The east end of the church exhibits the chequerboard effect of flint and Totternhoe stone sadly now lost to the north and south sides of the chancel. The east window is of three cinquefoiled lights with perpendicular tracery above under a pointed arch. 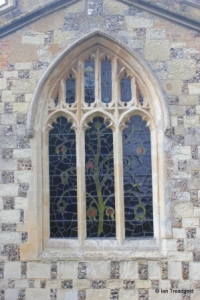